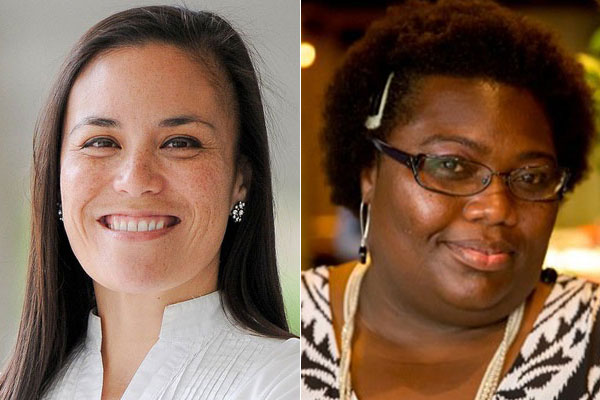 Gina Ortiz Jones and Fran Watson have been endorsed by LPAC. (Courtesy photos)

LPAC, a national political action committee dedicated to building the “power of lesbians and queer women who champion LGBTQ rights,” has endorsed nine candidates in races across the country including two in Texas.

“We are thrilled to continue to endorse and support more highly qualified, viable progressive candidates like these,” Laura Ricketts, LPAC’s board chair, said in a press release. “It is time to take back the seats now held by governors, senators, members of congress and others at the national, state and local levels who continue to marginalize immigrants, women, LGBTQ people and communities of color – we must stop the assault on civil rights and civil liberties this nation is facing.”

The other candidates endorsed by LPAC during this election cycle are: US Senate candidates Tammy Baldwin of Wiconsin and Krysten Sinema of Arizona; congressional candidates Angie Craig of Minnesota and Lauren Baer of Florida; gubernatorial candidate Kate Brown of Oregon; state attorney general candidate Dana Nessel of Michigan; and state senate candidate Joy Silver of California.

Jones is a graduate of John Jay High School who was raised by a single mom who came to U.S. from the Philippines. She earned a BA and MA in economics from Boston University which she attended on a four-year Air Force ROTC scholarship. After serving in the Air Force for three years, Jones pursued a career in national security, intelligence, and defense which included working for the Pentagon’s Defense Intelligence Agency. Most recently, she was employed in the Office of the U.S. Trade Representative.

“These women will be our advocates and champions when we need them most and will fight for what’s right and never back down,” said Ana Cruz, LPAC’s political strategy chair. “We are committed to electing candidates who will stand up for women’s rights, LGBTQ rights, human rights, dreamers, immigrants and all Americans.”

For the eighth year in a row, activist Ana Alicia Perez is telling her friends to forget the birthday presents...