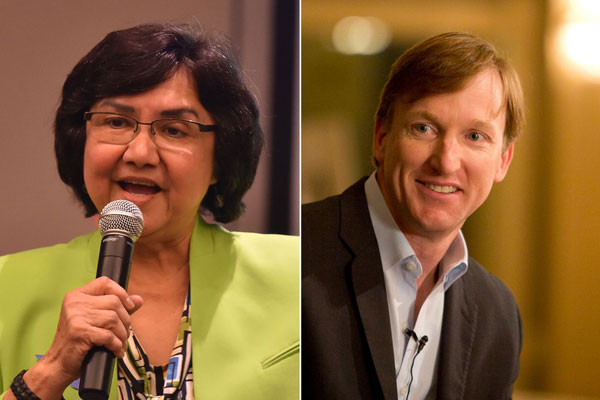 Democratic gubernatorial candidate Lupe Valdez has accepted an invitation to debate her runoff opponent, Andrew White, on May 11 in Austin, according to her campaign.

White, who was the runner-up in the March primary, has been pushing to debate Valdez since the beginning of the runoff. Up until now, her campaign has expressed openness to debating White without committing to anything.

“I look forward to telling my story, and showing how decades of experience delivering progressive solutions and keeping people safe have prepared me to be Texas Governor,” Valdez said in a statement. “I have long known what my values are. I’m a Texas Democrat.”

White added in his own statement: “The debate is on! Democratic voters are looking for the best candidate to beat [Republican Gov.] Greg Abbott, and I welcome the opportunity to convey my message of common sense, sanity, and doing right by Texas.”

White, the son of late Gov. Mark White, is running against Valdez, the former Dallas County sheriff, to take on Abbott.

Valdez’s decision to debate White comes after a rocky few days for the candidate. After struggling to answer questions on her record as sheriff at a town hall Sunday organized by young Latino activists, she lost the group’s endorsement to White. She has since apologized for letting the group down, sought to provide a better explanation of her time in Dallas County and gone on the offense against White over a company he owns that has been criticized as a “border security business.”

Valdez kept up the newly aggressive tack in her statement agreeing to debate White.

“I look forward to seeing which opponent shows up: The ‘very conservative Democrat’ or ‘moderate Republican,'” Valdez said.

“My positions on the issues — education, health care, immigration, jobs — are clear and forthright,” White said in a statement earlier Wednesday, after Valdez first questioned whether Democrats could trust him. “I can’t say the same for my opponent who has kept voters largely in the dark on her policy positions. Happy to discuss further in a debate.”

A lesbian elementary school teacher in Arlington, Texas has had her contract renewed for another year despite the fact she...