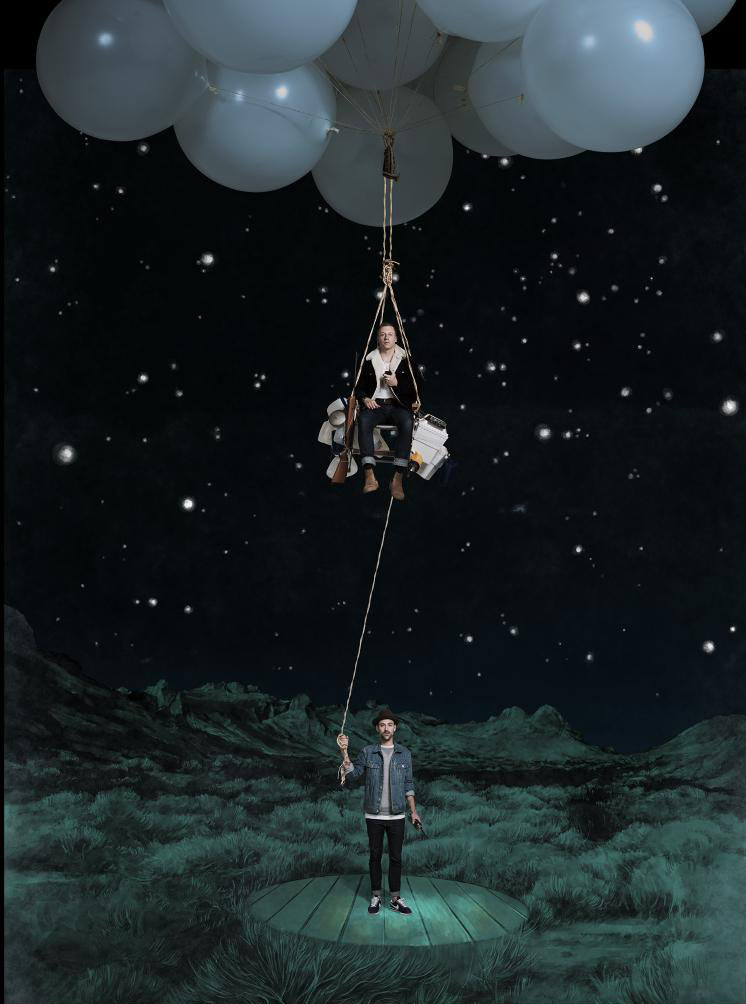 On the 2012 hit single “Same Love,” a call for greater acceptance of same-sex love within hip-hop culture and beyond, rapper Macklemore (born Ben Haggerty in Seattle) declares: “If I was gay, I would think hip-hop hates me/ Have you read the YouTube comments lately?”

Inspired by Macklemore’s gay uncles, “Same Love” made us take notice and recall a time when another white rapper defended his own use of anti-gay rhetoric. Along with the chart-topping singles “Thrift Shop” and “ Can’t Hold Us,” “Same Love” helped propel Macklemore and multitasking producer/music-video director Ryan Lewis to international stardom, earning them four Grammy Awards along the way, including Best New Artist and Best Rap Album in 2014.

Now, with the success of their recent single “Downtown,” a nod to old-school hip-hop (featuring Foxy Shazam vocalist Eric Nally, Kool Moe Dee, Melle Mel, and Grandmaster Caz), the duo is on an intimate U.S. tour this winter with plans to release a sophomore album in early 2016. “An Evening with Macklemore and Ryan Lewis” makes several Texas stops, including one here in San Antonio at The Majestic Theatre on Monday.

An Evening with Macklemore & Ryan Lewis

Reverend Mick Hinson, pastor of the Metropolitan Community Church of San Antonio announced on January 10 that he is resigning...