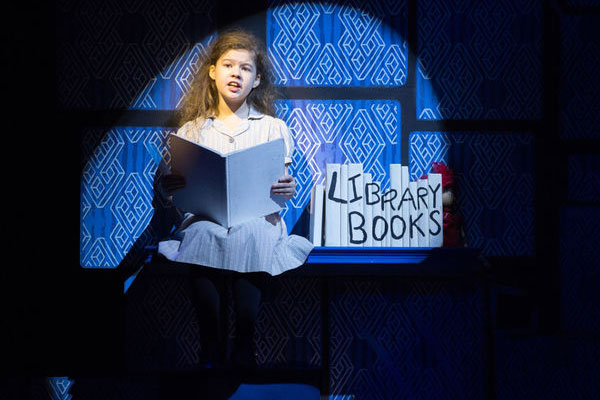 Roald Dahl’s 1988 children’s novel Matilda is much like his 1966 novel, Willy Wonka and the Choclate Factory, in that both tales combine the magic and wonderment of childhood innocence with dark and menacing undertones.

Matilda, the daughter of a sleazy car salesman and an inattentive mother, escapes her unfortunate home life by throwing herself into the books which line her bedroom walls.

She attends Crunchen Hall, a school with a strict set of rules led by the treacherous head master Ms. Trunchbull. Finding common ground with her young school mates and a sympathetic teacher, Miss Honey, it is not long before Matilda plans a revolt against Ms. Trunchbull.

Adapted for the stage in 2013, Matilda the Musical features the music and lyrics of composer Tim Minchin. The production comes to the Majestic Theatre as part of the Lexus Broadway in San Antonio series.

It is the winner of 5 Tony Awards including Best Book for a Musical.

Retired Marine Sergeant Eric Alva from San Antonio is among several distinguished trailblazers who have been named honorary co-chairs of...