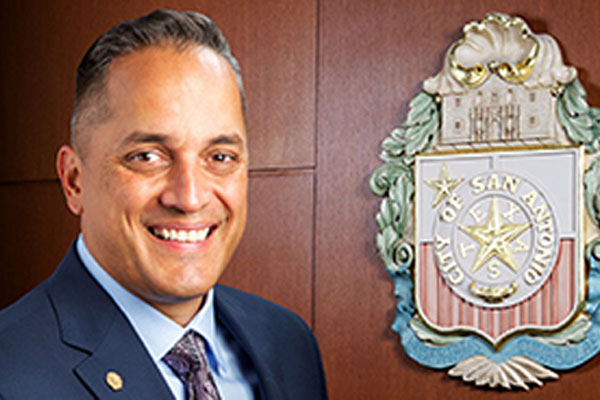 Using a loophole from Robert’s Rules of Order, City Councilman and mayoral candidate Greg Brockhouse announced that he will seek a new vote on the Chick-Fil-A concession at the San Antonio Airport.

“Every day the Chick-fil-A removal decision is allowed to stand hurts our reputation nationwide as a welcoming and inclusive city,” Brockhouse said in a statement. “It sends a message we are anti-faith and we cannot stand by without speaking the truth and standing up for our principles. As a result, today I gave notice at our City Council meeting that I will move to amend the vote and call for a new vote to bring Chick-fil-A back to the airport.”

The City Council voted on March 21 against allowing the opening of a Chick-Fil-A concession at the city’s airport citing the company’s anti-LGBTQ reputation. The vote was 6 to 4 with one abstention.

The council’s decision made a national headlines and prompted Brockhouse to write a letter of apology to Chick-Fil-A. It wasn’t long after that Republican Congressman Chip Roy, who represents Texas 21st Congressional District, demanded an explanation for the council’s vote.

“Targeting individuals, organizations, or corporations for carrying out their deeply-held religious beliefs in accord with our laws and consistent with many Americans’ similarly held religious beliefs is hardly making San Antonio a ‘champion of equality and inclusion,’” the Congressman says in his letter to the council.

Texas Attorney General Ken Paxton jumped into the fray, saying that he was investigating the city for potential First Amendment violations. “The Constitution’s protection of religious liberty is somehow even better than Chick-fil-A’s chicken,” Paxton wrote in a letter to Mayor Ron Nirenberg and the City Council. “Unfortunately, I have serious concerns that both are under assault at the San Antonio airport.”

The motion to reconsider the vote will be debated at the next City Council meeting on April 18. If passed and added to the agenda, the vote to reconsider would occur on May 2.

“To make up for his complete lack of vision for the future, Councilman Brockhouse is fixating on a fast food subcontract to try and pump up his personal political ambitions,” Nirenberg said in a statement. “The Council will consider his motion next week, but it’s time to get back to important issues.”

LGBTQ families, some with pets in tow, will descend on Crockett Park on Sunday, April 14 for an afternoon of...