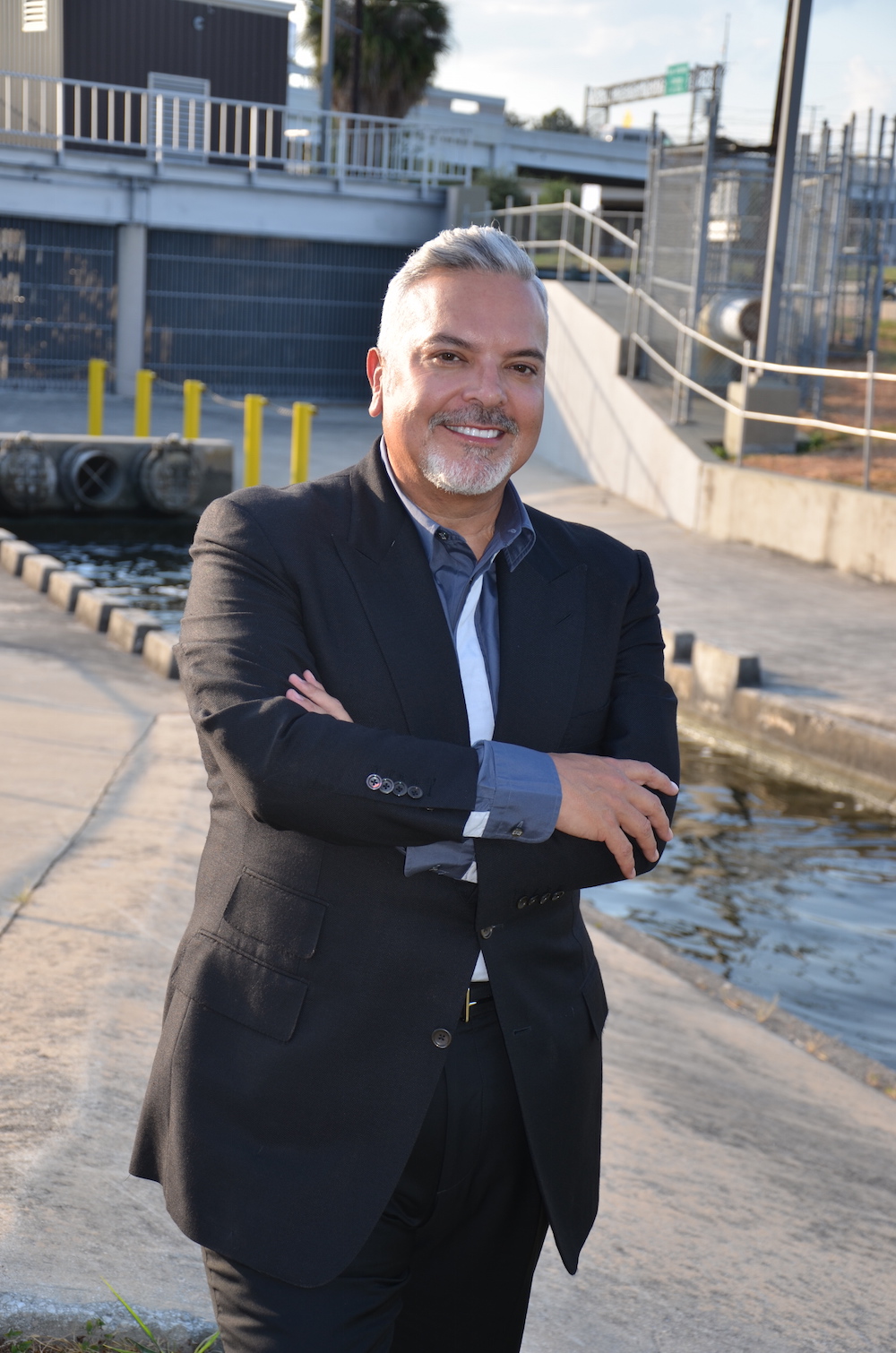 Henry Munoz on San Pedro Creek, which his firm will help transform. Photo by Bryan Rindfuss.

In 2013, Henry Muñoz was elected Finance Chairman of the Democratic National Committee, the first Latino to serve in the position, and, he notes, the first openly gay man to do so. But that’s old news in today’s voracious ouroborus news cycles, even if we are already deep in the maw of a presidential campaign. Meantime, Muñoz has something to keep his attention engaged back home: his firm, Muñoz & Co., is heading the design for the revitalization of San Pedro Creek, a two-mile (for starters) West Side investment that is seeking its own identity in the shadow of New York’s blockbuster High Line and its SA-native visionary, Robert Hammond, and the more shyly triumphant Mission Reach into which it will flow.

The creek was “at one point the living room of our community,” says Muñoz, who thinks of the restoration as healing the wounds of urban blight caused by its transformation into a drainage ditch decades ago. “It’s an interesting place of mestizaje, intended to remind us of the way we were at the end of the 19th century and the beginning of the 20th.”

The Mission Reach, of course, is the golden thread that links SA’s greatest jewels, the Spanish colonial missions that were designated this spring as a UNESCO World Heritage site. Muñoz played a key role in securing that long-sought nod, making a connection with Secretary of the Interior Ken Salazar, with whom he served on the National Park Foundation board.

Back to the presidential campaign, though, which is already putting Muñoz the fundraiser back in the media glare. The attention is not such a bad tradeoff, maybe, for being in the room at an A-list LGBT fundraiser for President Obama or getting a phone call from the Veep the morning of the Obergefell decision—and the cachet it holds isn’t lost on Muñoz. “There are many people, not just gay people, who’ve been told they don’t belong,” he says. “While it lasts I’m going to use it to help people find their place.”

A new transitional center for LGBT youth set to open in October in El Paso, Texas will be named for...