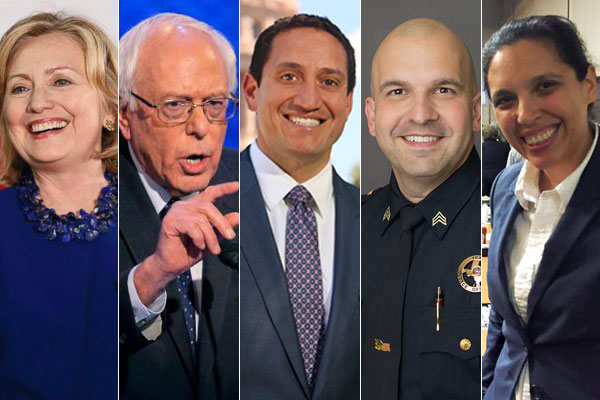 The Stonewall Democrats of San Antonio will hold an endorsement forum where over 80 candidates have been invited to speak to their members on Sunday, January 24.

The March 1 primary includes ballots for president, Congressional races, state offices ( judges, representatives and senators) and county officials including sheriff. (For a complete list of races and candidates, use this link and select Bexar County in the pull-down menu.)

To be eligible for a Stonewall endorsement, candidates must fill out a questionnaire and appear at the forum to make a short presentation and answer questions from members. Candidates for president often send a local campaign spokesperson to speak on their behalf.

On January 18, Stonewall’s board will announce a list of “friendly incumbents” that exempts some candidates from having to submit a questionnaire or appear at the endorsement meeting.

In a Facebook announcement on January 15, Stonewall reminded members about the significance of the forum:

This is an important meeting where the candidates come before us and we will make an important decision on which candidates we trust with our endorsement. We urge you to seize this moment and come prepared with questions on policy and legislation that affect not only diversity but our quality of life.

If deemed necessary, the Stonewall board may hold a second vote at a later date to consider additional endorsements for the runoff election.

Stonewall Democrats of San Antonio Candidate Forum and Endorsement Meeting, January 24 from 1 to 5 p.m. in the Fiesta Room of Luby’s Cafeteria, 911 N. Main Avenue. The meeting is open to all but only Stonewall members may vote on endorsements.

There will be an unlikely meeting of minds this weekend when Arte y Pasión presents Algoritmos, a multidisciplinary, collaborative project that “juxtaposes” flamenco...