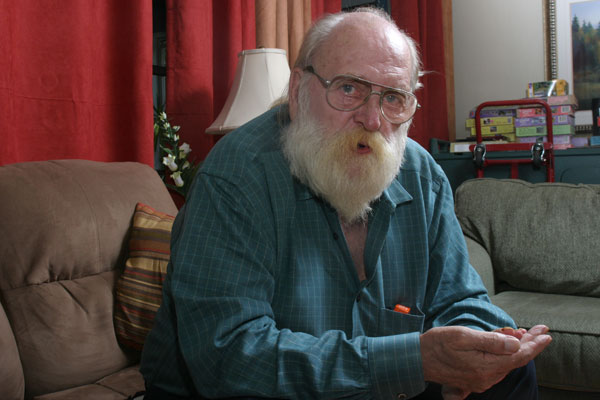 Out in SA has learned that Robert “Papa Bear” Edwards, founder of the San Antonio AIDS Foundation, died of natural causes on November 10.

According to a source close to his family, Edwards had been hospitalized several times and eventually passed away at home while under hospice care.

It was in 1986, at the beginning of the AIDS epidemic in San Antonio, a time when it seemed no one wanted to treat the infected, that Edwards started the San Antonio AIDS Foundation to care for the scores of gay men who were sick and dying. Edwards (who preferred to be called Papa Bear or just Bear) was a Nebraska native who settled in San Antonio with his family in the 1970s. A decade later, he opened a gay club called Papa Bear’s just south of Mahncke Park.

When Edwards started SAAF, it was the city’s first community-based response to the epidemic. He rented a small house off Austin Highway where he cared for the foundation’s clients. Doctors and nurses donated their time while volunteers raised money.

The house soon became too crowded to accommodate the many clients who sought help. Edwards rented a small office building behind his bar and converted it into a hospice facility. When the first HIV tests became available, he initiated an anonymous testing program.

In 1990, Edwards was driving along Grayson Street when he spotted an empty building that had once been a nursing home. He climbed in a broken window and walked around inside the dilapidated structure. “I could see beyond the mess,” he told QSanAntonio in a 2010 interview, “I knew it was perfect for our needs.”

The foundation purchased the building on Grayson Street. Today it still serves as SAAF’s main office and a legacy to Edwards’ stewardship. Edwards retired in 1991, never having taken a salary for his work. In 2010, the San Antonio chapter of the Human Rights Campaign honored him with the Chuck Jordan Award for lifetime advocacy.

Papa Bear is having a private funeral restricted to family members only.

After a year-long hiatus, the San Antonio AIDS Foundation announced the return of the WEBB Party on April 21, 2017...