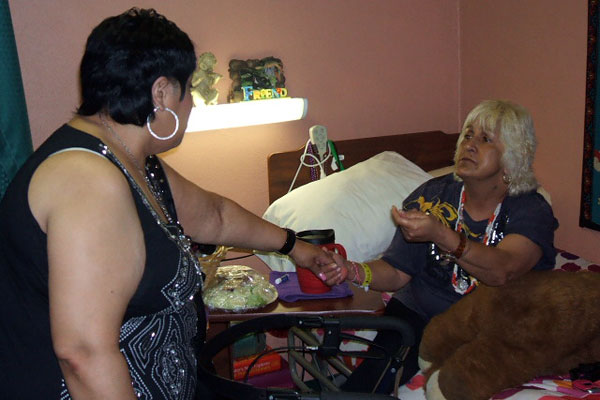 Thirty years after it began providing medical care to those who were sick and dying of AIDS, the San Antonio AIDS Foundation announced on December 9 that it will close its nursing and hospice care unit at the end of the year.

It was in 1986, at the beginning of the AIDS epidemic in San Antonio, a time when it seemed no one wanted to treat the infected, that Robert “Papa Bear” Edwards started SAAF to care for the scores of gay men afflicted by the disease. Edwards, who retired from SAAF in 1991, died on November 10.

In a statement, Cynthia Nelson, SAAF’s CEO, said that all current patients in the SAAF nursing care unit are being moved to other facilities. The unit’s 11 full-time medical staff members, which include a registered nurse, six licensed vocational nurses and four certified nursing aides, will work through January 20 and receive severance packages.

Nelson said that “keeping the nursing unit operational 24 hours a day, seven days a week, while having very few patients, was expending precious staff and financial resources that could be redirected to the current community need . . . Change is inevitable, and while closing the special care unit is a tough decision and a break from the past, it is the right thing to do.” Nelson also cited the medical breakthroughs which have transformed HIV treatment. “It is no longer a certain death sentence . . . With fewer AIDS deaths in the United States than ever before, and with a resulting decline in the need for residential and hospice care, organizations like ours throughout Texas and across the country are no longer providing residential or hospice care,” she said.

According to Nelson, the savings accrued by the closing of the nursing care unit can now be used for HIV prevention services, outpatient ambulatory care, case management, mental health counseling, a meals program and other services.

In conjunction with closing its nursing unit Nelson announced that on December 6, the agency had the soft opening of the Care Clinic at SAAF which offers a wide-range of services to HIV-positive clients. The clinic operates from SAAF’s main building at 818 E. Grayson. Plans are to have a grand opening in early 2017.

“Opening this clinic has been a major goal for a long time,” Nelson said. “It is a vital part of our evolution as an HIV/AIDS service organization as we grow and change to meet the needs and realities of HIV treatment in the 21st century.”

The clinic is staffed by two doctors, a nurse-phlebotomist and a mental health counselor.

Adjoining the clinic is a full-service pharmacy, operating under the name Astoria Pharmacy, that specializes in HIV medications. The pharmacy is a division of the Southside Group of Companies which is headquartered in Houston, Texas.

“With fewer and fewer people dying of AIDS and more and more living long, productive lives while they manage a chronic disease, this clinic will enable SAAF to remain a turn-key organization: from testing and diagnosis to actual medical care, case management, healthcare referrals, mental health counseling and so much more,” Nelson said.

Imagine being a 33 year-old man working as an elf in a green velvet outfit at a Macy’s department store....