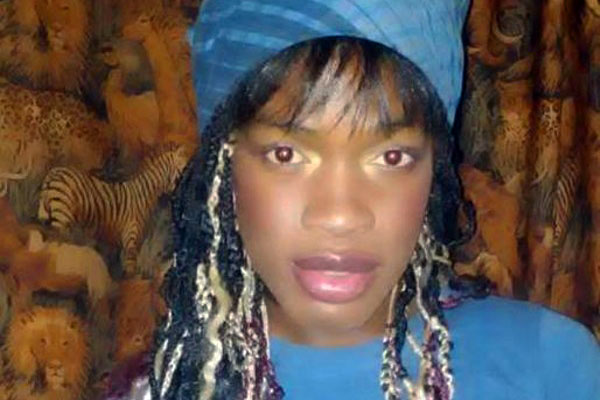 April first met Kenne McFadden when they were eighth graders at Kirby Middle School, some 14 years ago. She described the 12-year-old as “goofy and uplifting.”

“[McFadden] always kept us smiling and laughing,” April told the Current. (She asked to only be identified by her first name.) They remained close ever since — April said they were it the midst of planning a karaoke night right before McFadden’s life was unexpectedly cut short.

On April 9, a River Walk barge operator found McFadden’s fully-clothed body floating in the San Antonio River. At the time, the police identified the deceased body as a 26-year-old a black male, named Kenneth McFadden, who worked at a River Walk restaurant. San Antonio Police Department said the man had drowned — and that there were no obvious signs of trauma on McFadden’s body.

Two months later, a new story of McFadden’s life — and death — has begun to unfold. Not only have officials ruled the case a homicide, but they’ve confirmed that McFadden was a transgender woman “in the process of transitioning” at the time of her death.

SAPD spokesperson Sgt. Jesse Salame told KENS5 Tuesday that investigators have determined McFadden was murdered, and possibly pushed into the shallow river. He also confirmed police already have a suspect identified in the murder — an acquaintance to McFadden who’s already behind bars on unrelated charges.

According to her social media presence, McFadden had identified as a woman for several years before her death. SAPD hadn’t told the public McFadden was a transgender woman until Tuesday. The updated police report, however, still identifies McFadden as male.

“I’m not not sure exactly when she started identifying as a ‘she,'” April said. “I never asked questions because I don’t judge. I just wanted her to be happy.”

Nell Gaither, president of Dallas’ Trans Pride Initiative, told the Current that misidentifying a trans victim’s gender is common in criminal cases and can easily derail an investigation.

“This is routine in cases with trans victims,” Gaither said. “If she presented herself as female, but the cops say they’re looking for information on a man, no one’s going to be able to help.”

Salame told the San Antonio Express-News that SAPD had no evidence McFadden’s killing was at all linked to her gender identity or race — yet.  McFadden never mentioned to April that she had been threatened for being a transgender woman. “I know she was very sad, but not enough to hurt herself,” April said.

McFadden loved to sing. She recorded snippets of herself covering Christina Aguilera and Katy Perry songs on Facebook, and sometimes she posted her own original lyrical poetry that touched on her identity and fears.

Part of a 2015 post reads: “The lonely souls in life searching for acceptance. Are just the scarred bodies that get taken in the night.”

And another, posted a month later: “Sorry my outsides, never match my insides. I know its my fault you couldn’t see.”

According to the Human Rights Campaign, McFadden is the tenth trans woman of color who has been killed in 2017.

The Golden Glee Club will return for a second engagement at Woodlawn Pointe after a successful premiere in April. Directed...