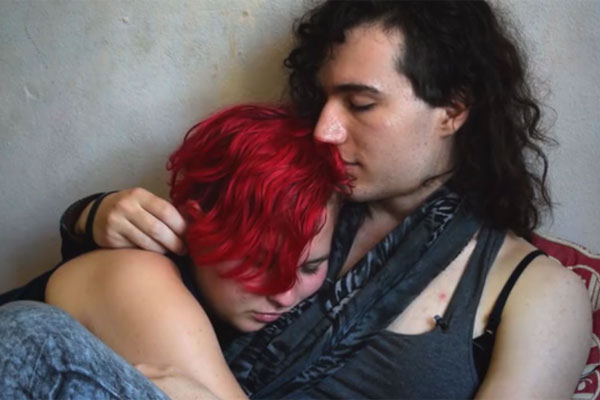 "Trans Youth" is a coming of age documentary about seven transgender young people living in Austin, Texas. The film will be screened at the QFest LGBT International Film Festival. (Courtesy photo)

Forty-three films from over 15 countries will be screened this weekend at Pride San Antonio’s QFest LGBT International Film Festival which begins on Friday, October 13 at City Base Cinema.

The three-day program includes six feature films and 36 short subjects which cover all facets of the queer experience.

The films will be shown in four blocks. Each block will feature different films. On Sunday evening, there will be a ceremony to present awards to films selected by the festival jury. Attendees who purchase a VIP weekend pass will be able to vote on the Audience Choice Award.

Pride San Antonio will also make its annual presentation of donations to their 2017 beneficiaries during the awards ceremony which will be kicked off with a performance by the SA Street Krewe.

Following is a synopsis of the feature films to be screened at the festival along with their trailers. A complete list of all films is available at this link.

Apricot Groves – Armenia
Aram, an Iranian-Armenian trans man living in the U.S. since childhood, returns to Armenia for the first time to propose to an Armenian girlfriend he met and lived with in the US. He sees many cultural, religious, and national differences on the one day trip, but harder obstacles are ahead.

Between The Shades – USA
This feature length documentary explores the many shades of being gay by what connects us all: love. The film looks at love though 360 degrees of parents, children, and generations. The participants represent a large range of age groups, ethnicities and professions. They are male, female and those who are still yet to be defined.

Boys For Sale – Japan
Boys for Sale is a feature documentary about the urisen, mostly straight male sex workers in Tokyo’s Shinjuku 2-chome, an area with connections to the sex trade dating back to the 17th century.

Brotherly Love – USA
A Brother in the Catholic Church must choose between his vow of celibacy and the man he loves. The film is the adaptation of Lambda Literary Award-nominated novel “Seventy Times Seven” by Salvatore Sapienza.

Transfigurations – Transgressing Gender in the Bible – USA
Peterson Toscano has shaken up Bible academics and received high praise for his ground-breaking, genre-bending, gender blending Bible scholarship. By unearthing the stories of gender-variant people in the Hebrew and Christian scriptures, Toscano’s one-person play deepens well-known (and lesser-known) Bible stories and presents an array of Bible characters with an array of genders.

Trans Youth – USA
This intimate documentary is an interwoven coming of age story of seven trans young adults in the southern city of Austin, Texas.