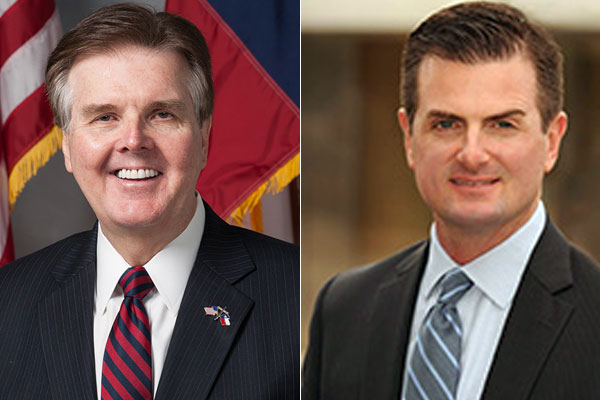 A proposed bill in the Texas Senate (SB 15), which would deny cities the ability to enact paid sick leave ordinances, also contains provisions that would also allow the state to gut the enforcement of non-discrimination ordinances.

When it was originally filed by state Sen. Brandon Creighton (R-Conroe), SB 15 was designed to prevent cities and counties from requiring local businesses to offer employment leave, holiday pay and, paid sick days.

According to a February 28 email from Equality Texas, “As originally filed, the bill included a provision that explicitly exempted the non-discrimination ordinances (NDOs) that have been passed in 6 major cities to protect LGBTQ citizens. Yesterday, that provision was in the bill. This morning, it was gone.”

San Antonio’s non-discrimination ordinance was passed by the City Council in 2013.

Equality Texas says it has heard from multiple sources that the order to strip the protections for the LGBTQ community came directly from the Lt. Governor Dan Patrick’s office.

On Thursday, SB 15 rapidly advanced through the Texas Senate State Affairs Committee passing with a 5 to 1 vote, making it eligible to be taken up by the full Senate.

“Texans don’t have an appetite for discrimination. SB 15 is a wholly unacceptable bill on its face, but the Senate State Affairs Committee has made it into an even more harmful proposition by removing specific language that would ensure that existing non-discrimination ordinances in some of Texas’ most populated cities are not undercut or eliminated,” said Rebecca Marques, HRC Texas state director.

“It didn’t take long for Lt. Gov. Dan Patrick to show his true colors and attack our community,” Equality Texas’ interim director Samantha Smoot said in the email. “Equality Texas won’t back down from this fight but we need you to act today. Twenty percent of Texans rely on an NDO to ensure they won’t be fired, evicted, turned away, or refused services because of who they are or who they love.”

Along with HRC, Equality Texas is working with the ACLU of Texas, the Texas Freedom Network, the Transgender Education Network of Texas and others to battle SB 15. Smoot says voters should call their state Senator’s office and demand they oppose the bill.

Originally published in the San Antonio Current. Citing a new report detailing barriers to equality in the state, Equality Texas,...