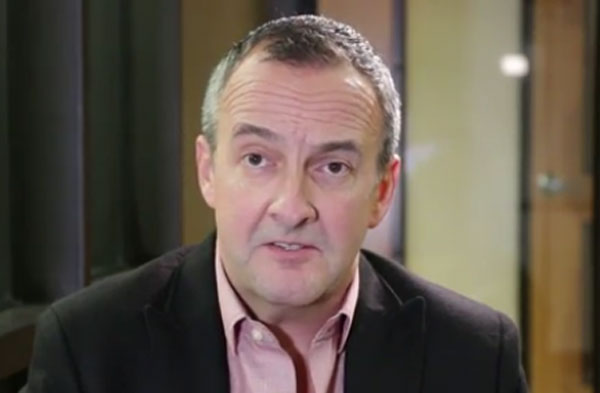 Psychotherapist Darrell Garcia Parsons is offering training on the needs of LGBT students to counselors at the Alamo Heights Independent School District. (Video capture via KSAT-TV)

A San Antonio psychotherapist is working with counselors at a local school district to help address the needs of its LGBT students.

Darrell Garcia Parsons confirmed to Out In SA that he has been retained by the Alamo Heights Independent School District to present a two-hour training on January 6 to the district’s counselors. Among the topics Garcia Parsons will address are working with LGBT teens, interacting with same-sex parents and understanding the needs of transgender students.

Alamo Heights ISD has a total enrollment of 4764 students. It has one early childhood facility, two elementary schools, one junior high school and one high school. It serves the communities of Alamo Heights, Terrell Hills, Olmos Park and a portion of North San Antonio.

Garcia Parsons says this is the first time he’s worked with a school district on this type of training. He believes that Alamo Heights ISD is reacting to recent news stories which reported that St. Luke’s Episcopal School, also in Alamo Heights, had allowed a male student to return to school after the Thanksgiving holiday as a girl.

In a letter sent to the parents of students, the school’s headmaster Thomas McLaughlin said, “After much prayer, research and thorough consideration, we have concluded that St. Luke’s will reaffirm our intentional commitment to inclusivity.”

In an interview with KSAT-TV at the time, Garcia Parsons congratulated St. Luke’s for it’s policy. “I applaud the school,” he said. “I think it’s great. No kid should be discriminated against. I believe that teens need support, and it’s great that the school is doing that.”

Garcia Parsons explained that the teen years are never easy, especially now with social media. “Especially for the transgender teens. They’re not only dealing with all of that stuff, but they’re having to deal with not feeling comfortable in their own body, not feeling comfortable with who they are, and often times not understanding what’s going on with them,” he told KSAT.

The work he does on behalf of LGBT teens is in keeping with Garcia Parsons’ involvement in the community. For many years he was on the board of governors of the Human Rights Campaign and is now on the board of directors of Fiesta Youth, a support group for LGBT teens between the ages of 12 to 18.

As a follow-up to his training of Alamo Heights ISD counselors, Garcia Parsons also will be giving a similar training to the district’s teachers and administrators.

“With LGBT students coming out at younger ages, this type of training would be beneficial to all school districts,” he said.

Bounce into 2016 with Big Freedia