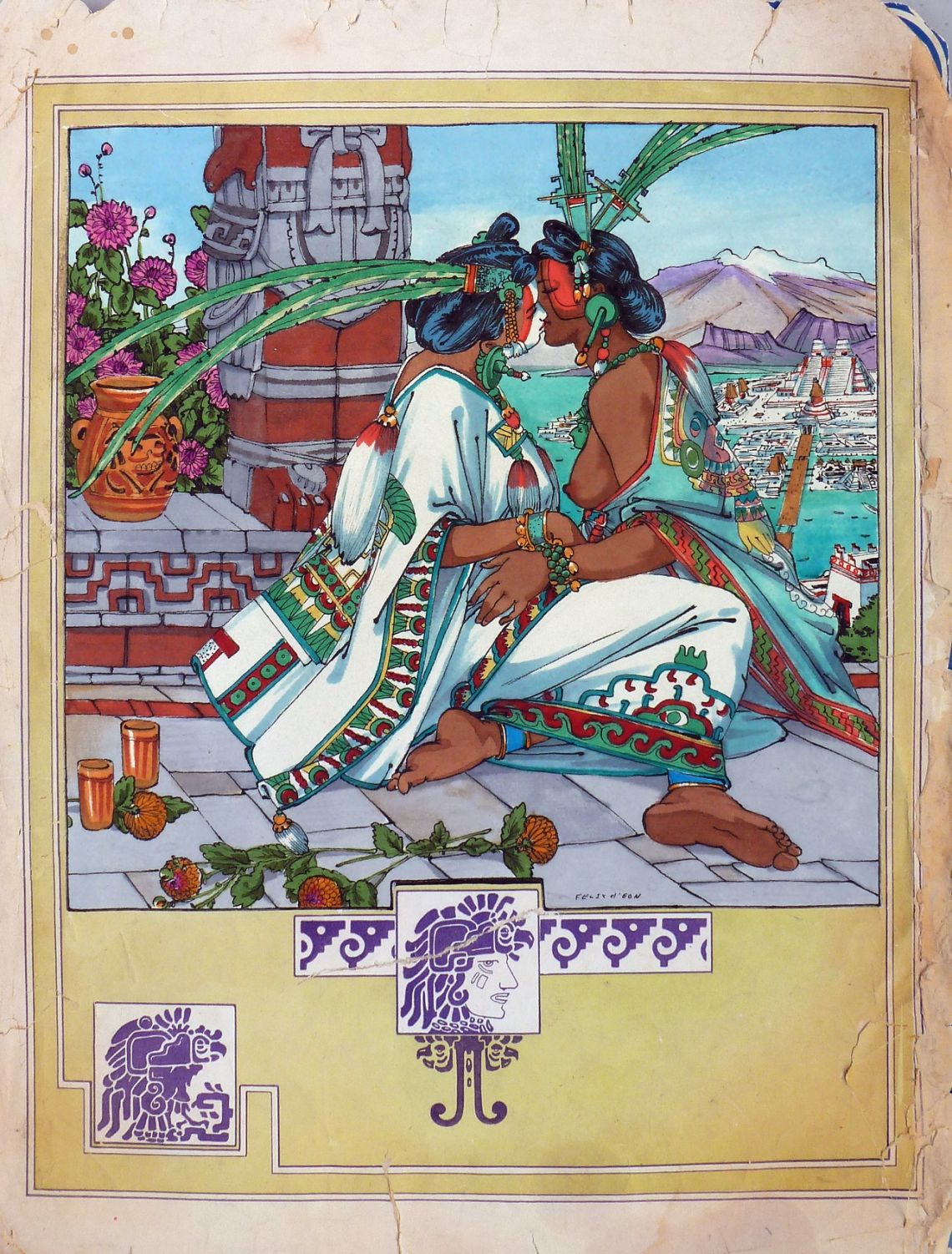 On view until May 31 at San Angel Folk Art Gallery is Amor sin fronteras: The works of Felix D’Eon, an exhibit of small-scale works on paper by Mexico City artist Felix D’Eon. It marks the artist’s first showing here in Texas.

The work in Amor sin fronteras depicts gay and lesbian couples throughout history with particular emphasis on Aztec civilization, early 20th-century Mexico, and the American West. D’Eon’s medium is collage, watercolor, and ink on antique papers and pieces of sheet music.

“I make paintings that are in these vintage styles inspired by golden-age comic books, and music sheet covers from the early 1900s, and pinups,” D’Eon told Out In SA. “I just take the language from these vintage styles and appropriate it to a queer sensibility. So instead of having men and women kissing and being romantic on the range, I might have a gay couple. It’s just an attempt to take this language that was always this very hetero-normative language, and give it a queer sensibility, and create something that would be for my community.”

D’Eon was born in Guadalajara but received his artistic training at the Academy of Art University, San Francisco. He has lived in Mexico City since 2010 and continues to exhibit his work worldwide.

D’Eon aims to depict those who may have been underrepresented in the past. “I want my work to be inclusive,” D’Eon said.  “Personally, I happen to be a gay man, so there is a certain type of sexuality I would be naturally inclined to paint, but I want to include women, older men, men who are overweight, men with big beards … I like the idea of creating work that’s inclusive of a variety of body types, and genders, and ethnicities.”

For Hank Lee, founder of the San Angel Folk Art Gallery, Amor sin fronteras was the perfect body of work to show. He said it’s been years since he has organized an opening at the gallery and felt this was the right time. “It was something that very much reflected our vision of San Antonio, our vision of San Angel, our vision of making people think and get out of their comfort zone.” he said. “But also, the quality of his work was so amazing, I couldn’t get my mind around it! So we are always about supporting artists, supporting gay rights, supporting the community, and being proud whether we are Latino or gay, or all those kinds of things. It fit exactly with what we were doing.”

So far, according to D’Eon, the reaction to his work has been “absolutely lovely.”