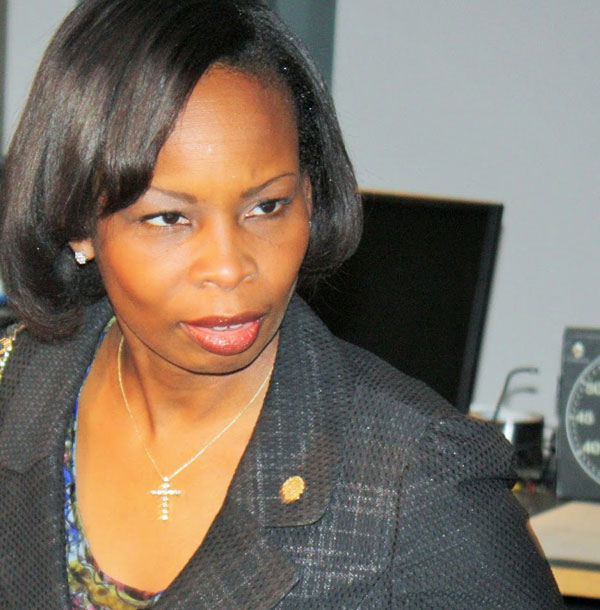 Justin Nichols writes that in eight months, Mayor Taylor has done nothing to improve the nondiscrimination ordinance. (Photo: WalkerReport.com)

It’s no secret there’s little love between Mayor Ivy R. Taylor and the LGBT community. On social media she’s become known as ‘Poison Ivy.’  Make no mistake – Taylor’s stint as mayor has been, and would be, poison to our city’s LGBT population.

First, there’s the issue of the nondiscrimination ordinance, or as Taylor calls it, “inconvenient political correctness.”

When Taylor cast her vote against the NDO she rejected any notion that she should have been expected to support the ordinance because she’s African American, saying, “. . . if that was the expectation for me as a black woman, you got the wrong sister in this seat.”  Indeed, Taylor was the wrong person to represent District 2, as all three candidates now running for the same seat say they support the NDO.

Taylor has since argued that upon entering the mayor’s office, she found “there have been no efforts to actually implement the [NDO], so [she] felt it was a political stunt.”

I can’t help but wonder, was the Civil Rights Act of 1964 just a political stunt since many places in the South delayed implementation for years?

In the eight months since taking office, Taylor has not made a single concrete proposal to fix the NDO.  Sure she appointed a so-called LGBT advisory committee in October, which hasn’t released any reports or made any recommendations.

Just in time for her campaign announcement, Taylor drafted a press release proposing a Department of Diversity and Inclusion, which has yet to be created or even proposed to the City Council.

I know the wheels of government turn slowly, but Taylor found ample time to lead the city through the process of regulating and running ride-sharing companies like Uber out of town.  Talk about priorities!

Make no mistake – if Taylor was serious about making headway in the fight for equality, nothing’s stopping her but her own true feelings about the LGBT community. Her advisory committee and press release were every bit the political stunt she considers the NDO to have been.

Add Taylor’s snub of the Stonewall Democrats to her anti-gay resume, and her decision to double down on her decision to vote against the NDO; not to mention her promise last July not to run for a full term, and one must ask: Is there anything we can trust about Ivy Taylor?

We can rest well knowing she has zero interest in understanding or advancing the cause of LGBT equality. And for this offense, she is not only undeserving of our vote, but deserves to have each of us cast a vote against her.

To quote the mayor, “You’ve got the wrong sister in this seat.” Let’s help her find a new  place to sit.

The deadline to register to vote is April 9th.  Your registration must be postmarked or delivered by this date.  You can print an application online at this link.

Justin Nichols is an attorney who has represented three clients who filed claims under the city’s new nondiscrimination ordinance.