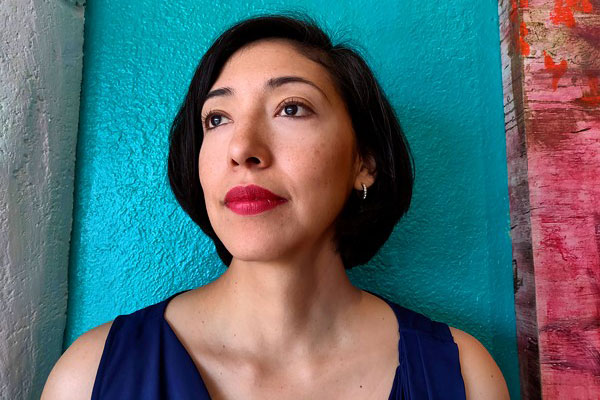 Around 2002, Ana Sandoval was on the cusp of a life-changing decision. She was living what might appear to be a perfect life in San Francisco, complete with a postcard view of the Golden Gate Bridge from outside her apartment building. Opposite, she could see cable cars coasting by the famously crooked Lombard Street.

Though she remembers that her surroundings felt “a lot like Disneyland,” she couldn’t see a future for herself in the Bay Area. But what she did see was an opportunity to bring her education and experience in climate science, public health and chemical engineering back to her hometown of San Antonio to help make it the best city it could possibly be.

Seventeen years later, I’m sitting across from Sandoval, who’s now in the final weeks of her first term as San Antonio City Councilwoman for District 7, at the Koffee Kup Company on Donaldson Road. The pop art on the walls seems to complement the artistry that Sandoval, who’s also a gifted mariachi singer, brings to an already-kaleidoscopic council.

Still relatively new to public office, Sandoval, now 44, is seeking a second term, and she’s doing so as an emissary of a new generation of local leadership. This will be the first election to take place without the guidance or influence of late Democratic Party organizer Choco Meza, late County Commissioner Paul Elizondo and former Bexar County Democratic Party Chairman Manuel Medina — a political trinity whose absence, in the eyes of some, signals the end of an old order.

Some traditions, however, keep well. Sandoval says there’s an apparent magic to her wide-ranging district, which she describes as “a microcosm of the city.” With predecessors that include former San Antonio Mayor Ed Garza, County Commissioner Justin Rodriguez and former Mayor — and Democratic presidential candidate — Julián Castro, some already see great potential for her political trajectory.

Not unlike former Mayor Ivy Taylor, the self-proclaimed “accidental politician,” Sandoval once saw herself as more of an advisor or researcher than someone steering the ship. But during her two-year stint at VIA Metropolitan Transit, she took note of the “minimal investment the city was making in transportation” and decided a role in public service could change that.

Though soft-spoken and gentle in style, Sandoval radiates confidence — a much-needed quality on the dais. A vivid reminder of how necessary that confidence is came during last year’s SAWS trustee appointment process, when Councilwoman Shirley Gonzales accused District 6 Councilman and current mayoral candidate Greg Brockhouse of singling out Amy Hardberger in his questioning.

“For me, it was actually very exciting, because there were a lot of undercurrents happening during this appointment process,” Sandoval says. “Instead of just blowing them off, I think Councilwoman [Shirley] Gonzales and myself really expressed how we interpreted them.”

She remembers sharing some mariachi wisdom with Hardberger that day.

“I told her that one of my directors told me, ‘To be a woman in a mariachi group, you have to be twice as good as a man,’” Sandoval says. “‘I’m sorry, but that’s what’s happening to you today. And I don’t want to be a part of that. I want to treat you fairly.’ But it is a very interesting time to serve, because the community is hyper-vigilant to women’s equality issues. Right now, there’s this peak because of the #MeToo movement. Even I am more aware of things I hadn’t been aware of before. I just notice things more.”

When it comes to #MeToo, this writer’s also taking notes.

A few weeks ago, I saw Sandoval in the hallway at Plaza de Armas. After a brief, first-time exchange about our upcoming interview, I said, “Thank you, dear,” as we parted. The subcultural privilege of gay men of my generation calling a straight woman “dear” suddenly seemed to carry too much of an assumption of familiarity. I asked the female council aide next to me, “Was that sexist?”

For a good 10 minutes, I was mortified that I might have offended her in light of the new normal. Finally, she assures me that she doesn’t remember hearing me say that.

“I don’t think I would have been offended, but maybe you would have called me that but not a councilman that…” She nods thoughtfully, then adds that she finds the times “interesting because there’s a spectrum of ages on our council.”

Sandoval’s partner is Mario Bravo, an environmental activist who ran for county commissioner last year. Knowing the inherent challenges of political couplehood, I ask Sandoval to share some of the intricacies of being in this kind of relationship.

“There are the logistics of what you say in public, and if your policy priorities align, and somehow maintaining two different personas when you’re in another realm, [while] you’re also one unit,” she says. “The hard part is having quality time with one another and continuing to nurture the relationship. Because if you’re not helping the relationship, you’re hurting it.”

Three weeks later, I meet Sandoval at District 7’s Woodlawn Lake Park for a morning stroll. The last time I visited the park in a similar capacity was with former City Councilwoman Elena Guajardo in 2011. I point out that the park has had many council reps since then.

“It sure has,” Sandoval agrees, adding that when she blockwalks in the area, constituents tell her stories of previous District 7 council members.

“How does that make you feel?” I ask.

“I feel like I’m getting little gems of history,” she replies over the sound of geese quacking in the distance. “It’s insightful what people remember.”

The history of magical District 7.

For Sandoval, it’s much better than Disneyland.

Dustin Lance Black, the Academy Award winning screenwriter of Milk, will be in San Antonio on May 6 for a...