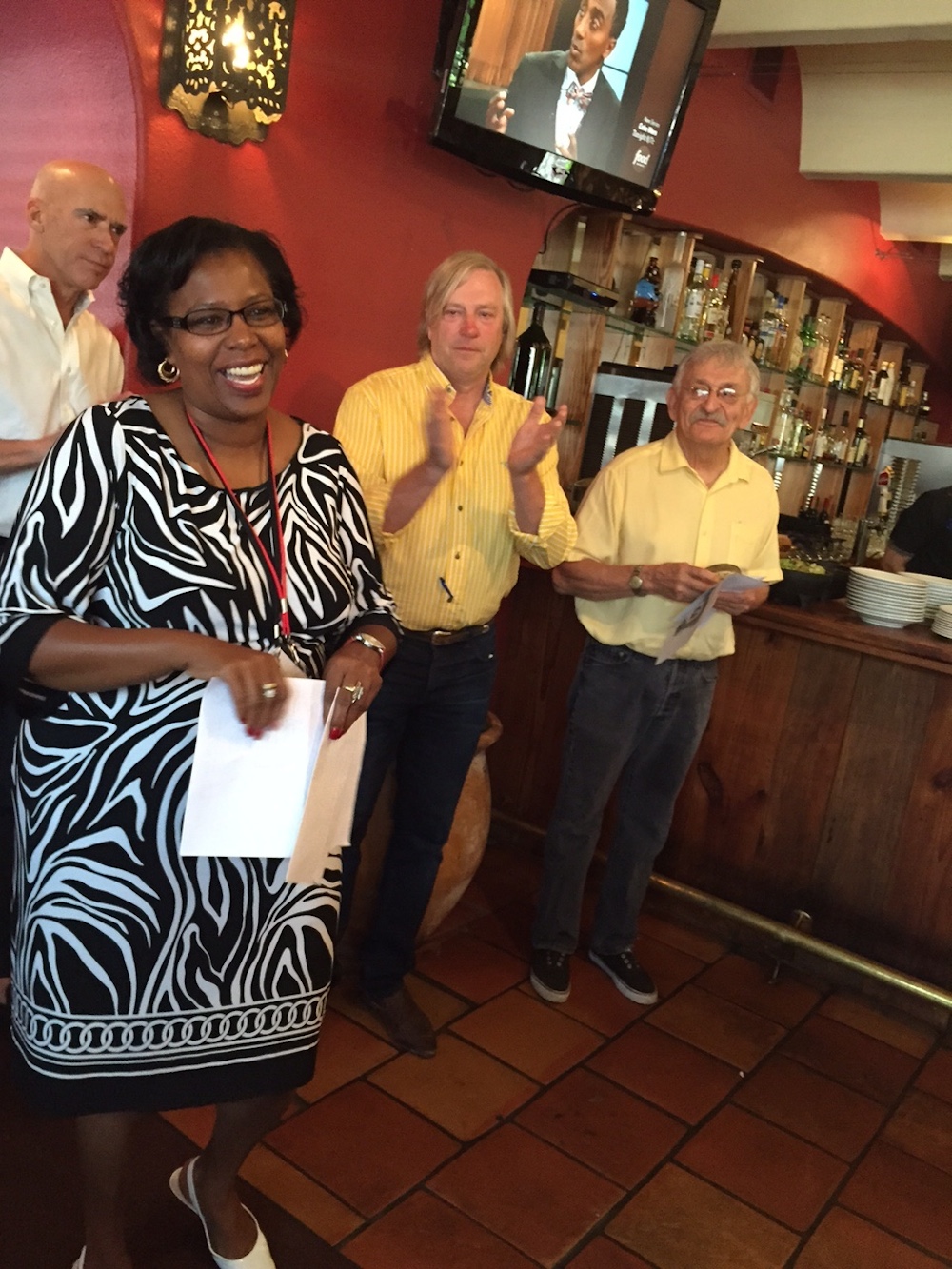 A record $200,000 was award to the San Antonio Aids Foundation (“SAAF”), Black Effort Against the Threat (“BEAT”) AIDS, and four Robert Rehm scholarships thanks to Fiesta Cornyation 2015’s immense success this past April.

This year, Cornyation was able to give away $180,000 to local AIDS charities–with $90,000 each going to SAAF and BEAT AIDS. Interim Executive Director Jack Downey accepted the award on behalf of SAAF. BEAT AIDS Executive Director Michelle Durham read a moving statement from Elton John about the ongoing threat of AIDS as she accepted her organization’s award.

An additional $20,000 was awarded to four Robert Rehm scholarships. The scholarships were increased for this year only from $2,000 to $5,000.

View a slideshow from the awards ceremony here.

The scholarships, named after Cornyation designer Robert Rehm who was an active member of the San Antonio Arts community until his death in January of 2015, are awarded to high-school graduates who are planning to continue their theater studies in college. This year’s recipients included Molly Martinez Collins, who will be a freshman at UT Austin this fall; Melanie Delgado, who just completed her freshman year at University of the Incarnate Word; Oklahoma City University dance student Ellen Sisley, who participated in this year’s Radio City Rockettes Summer Intensive; and Maile Waite, who was unable to attend but in a note read aloud at the awards, credited the Cornyation scholarship with helping her meet her husband in an acting class.

The funds were distributed in a ceremony June 29 at El Mirador. According to the Cornyation donation ceremony press release, the popular Fiesta event has raised nearly $2 million for local HIV centered organizations since becoming an official non-profit.

Out In SA Editor & Publisher Elaine Wolff is a Cornyation Board Member and a co-emcee for Fiesta Cornyation.

David Ewell is speaking out for the first time since the board of directors of the San Antonio AIDS Foundation,...