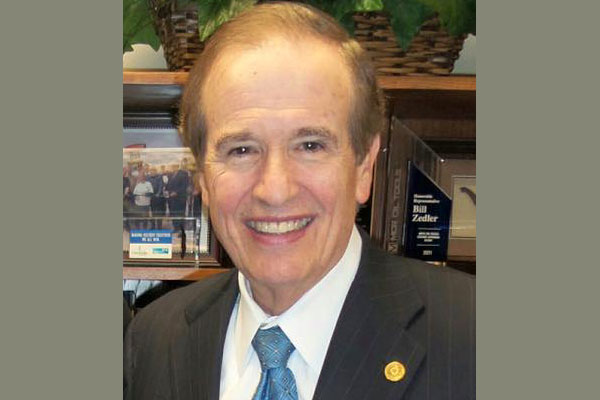 State Representative Bill Zedler (R-Arlington) has filed a bill, dubbed the “Free to Believe Act,” that would legalize discrimination against transgender people and married LGBT couples.

In an email to its supporters, Equality Texas warns the bill, HB 1035, “would legally protect discrimination in healthcare, in social services, in the workplace, in access to housing, in business, and even in government.”

The bill says “governmental entities” could not punish businesses or individuals who deny services to transgender people and same sex couples if doing so would violate their “sincerely held religious beliefs or moral convictions.”

Those moral convictions, as stated in the bill, are that “marriage is or should be recognized as the union of one man and one woman; and the terms ‘male,’ ‘man,’ ‘female,’ and ‘woman’ refer to an individual’s immutable biological sex as objectively determined anatomy and genetics at the time of birth.”

The bill would allow schools and businesses to establish “sex-specific” standards or policies concerning “employee dress or grooming; or access to access to restrooms, spas, baths, showers, dressing rooms, locker rooms, or other intimate facilities or settings.”

Zedler’s bill is in keeping with his long-held anti-LGBT beliefs. In 2015, Equality Texas put him on their list of the Worst 10 Texas House Members on LGBT Issues. That year, Zedler co-authored eight anti-LGBT bills.

In 2016, Zedler was one of 50 Republican members of the Texas Legislature to sign a court brief arguing that the same sex spouses of government employees shouldn’t be entitled to health insurance and other benefits.

In it’s email, Equality Texas says Zedler’s bill is “part of a coordinated national strategy to roll back the progress we’ve made. And frightening the public into thinking that equality is somehow a threat to people of faith is a tried-and-true tactic of the extremists.”