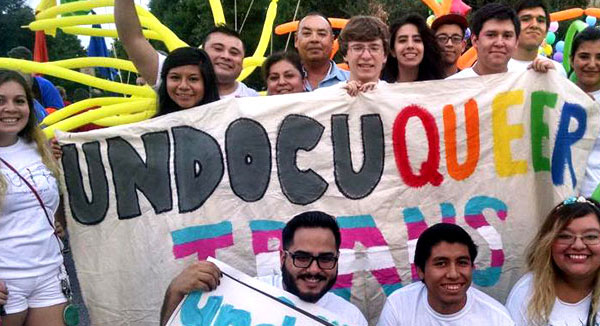 United We Dream, the national network of immigrant youth, and Aquí Estamos, an LGBT activist group based in the Rio Grande Valley, have released the results of what may be the first survey aimed at LGBT immigrants.

The survey, titled No More Closets, solicited feedback from LGBT immigrants of all statuses including the undocumented, those who entered the country before their 16th birthday, lawful permanent residents, naturalized citizens and people on a visa.

The largest number of survey respondents (22 percent) reside Texas. Forty percent of all the respondents were born in Mexico.

Aquí Estamos helped collect responses in the Rio Grande Valley, home to one of the largest population of undocumented immigrants in the country.

Carlos Padilla, national coordinator of United We Dream’s Queer Undocumented Immigrant Project, says the report uncovers high levels of discrimination and harassment in employment, healthcare, housing and education and a distrust of law enforcement among this population.

Among the survey’s findings:

– 73.4 percent of respondents say that their income either doesn’t cover or just barely covers their living expenses. Only 26.6 percent report earning enough to live comfortably

– 41 percent have no health insurance, significantly higher than the general LGBTQ population

– Nearly half of all respondents say they are afraid to deal with police because of their immigration status or sexual identity.

“With this survey, we aim to both tell our stories to policymakers as well as to the young people in our communities who are struggling that they are not alone and that together we can turn our shared struggle and power into the change we seek,” said Padilla. “In fact, some of our nation’s leading change makers are LGBTQ immigrant youth – out of great struggle can come great strength.”