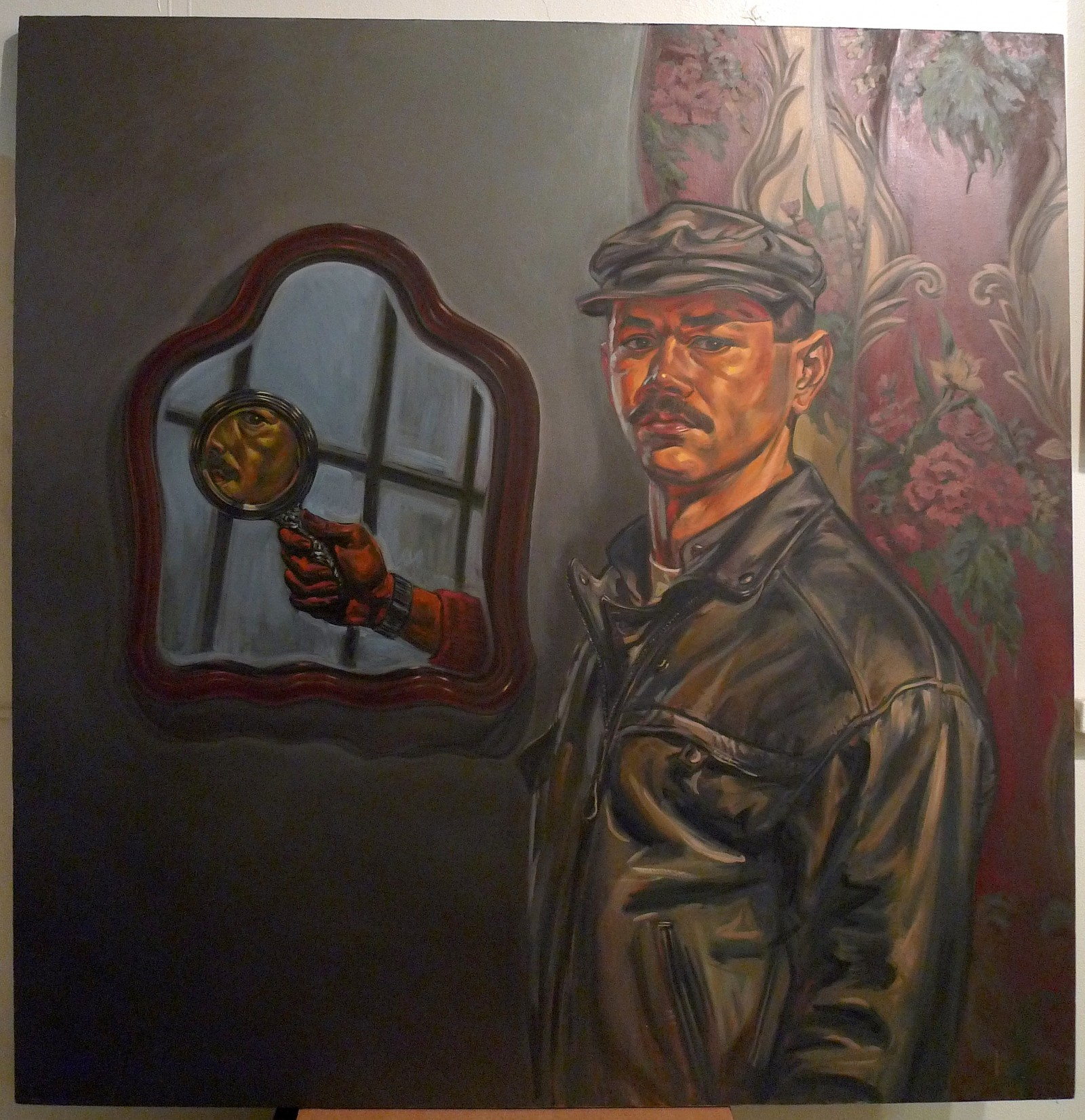 All images courtesy of Ángel Rodríguez-Díaz

At the turn of the 21 century, San Antonio could boast of immensely talented artists whose bodies of work illustrated the Latino American experience.

Most of these artists, however, have gone largely unrecognized by national institutions. Aside from artists César Martinez and Kathy Vargas, few had been treated to career-spanning retrospectives. In 2015, art historian Ruben C. Cordova curated a series of exhibitions across four San Antonio venues as part of a citywide Mel Casas retrospective that was meant to bring recognition to the late Chicano artist. Now Cordova will curate a retrospective at Centro de Artes celebrating artist Ángel Rodríguez-Díaz. Two further exhibitions of “early works” will be held at Flight Gallery in the Blue Star Arts Complex.

For the Centro de Artes, it will mark one of the first major exhibitions to take place since the City’s Department of Arts and Culture took over the space during the summer of 2016. Once home to the Smithsonian-affiliated Museo Alameda, the venue has survived a series of controversies and revolving tenants in recent years. The upcoming Rodríguez-Díaz retrospective is seen as a turning point for the institution, which is “dedicated to telling the story of the Latino experience … and showcasing Latino artists and Latino-themed artworks.”

Rodríguez-Díaz, who is of Puerto Rican descent, has called San Antonio home since relocating here in 1995 to live with his partner Rolando Briseño. Briseño, who is Mexican American, is an esteemed artist in his own right. Among scholars, Rodríguez-Díaz is often considered a master portrait artist, if not one of the most important artists in the country. Born in 1955 in San Juan, Puerto Rico, Rodríguez-Díaz received his BFA from the University of Puerto Rico and his MFA from Hunter College in New York City. He has exhibited his work since the 1980s and is included in several important collections including the San Antonio Museum of Art and the Smithsonian American Art Museum. In recent years, Rodríguez-Díaz has begun experimenting with several large-scale public artworks. In 2014, he was commissioned by the City of San Antonio to create two large sculptures resembling smoke stacks along Blanco and Basse roads. Titled The Crossroads of Enlightenment, the project honors the Mexican American workers at the former Alamo Cement plant known as “Cementville” and has become the artist’s most visible project. But it is the artist’s work in portraiture which Cordova concerns himself with and which will be the focus of the upcoming retrospective. It will be the largest survey of Rodríguez-Díaz’s work to date, bringing together all of his well-known pieces as well as never-before-exhibited work.

“If I were to characterize him as an artist, the really unique, singular and astonishing thing about his work is how he used his self-portraiture as a vehicle for social commentary,” Cordova told Out In SA. “He makes a critique of pollution, or fossil fuels, greed, corruption and war in the genre of self-portraiture.”

While working on the show, Cordova found a large rolled-up canvas in the artist’s studio that had been nearly forgotten since 1990. Titled Mirrored Mirror, it contains a double portrait of Rodríguez-Díaz, a reference to Frida Kahlo’s 1939 painting Two Fridas. Cordova says he realized the deep kinship Rodriguez-Diaz must have had with Kahlo. Where Kahlo used self-portraiture as a sort of biographical allegory borrowing from the Passion of Christ and sorrows of the Virgin, Rodriguez- Diaz’s narratives are more political. His portraiture might express the pain of losing friends to the AIDS epidemic of the 1980s. “I think it’s very clear he’s playing off of Frida Kahlo,” Cordova said. Rodríguez-Díaz’s influences do not end with Kahlo, as the retrospective will demonstrate. Cordova explains how, after unrolling canvas after canvas, he could spot connections with other artists from the past — from Spanish master Diego Velasquez to Irish painter Francis Bacon. “What’s important to realize is that Latino artists don’t have a Latino framework,” Cordova said. “There wasn’t much Latino art when these artists started. They were creating something self-consciously as immigrants from somewhere else or people whose families came from somewhere else, and I guess one of the big revelations for me is the connection he has with the whole history of art.” Of his affection for Bacon, Cordova explains that Rodriguez-Diaz wanted to create work depicting contemporary issues that had the power of the Passion of Christ. In his own work, Bacon cryptically refers to the Holocaust and genocide, essentially finding a modern counterpart to the Passion of Christ.

Cordova says he also sees parallels between Rodríguez-Díaz’s work and that of other Mexican American artists pointing to Rodríguez-Díaz’s portrayals of himself as a lucha libre figure. “He’s a cultural warrior wrestling with his own identity,” Cordova said. What he does is really what most Chicano artists do. You wouldn’t expect that to be the work of a Puerto Rican.” As a Puerto Rican living in San Antonio, a predominantly Mexican American community, Rodríguez-Díaz often sought to find similarities between his own culture and current environment.  In his 1998 exhibition “A Splendid Little War,” created as part of Artpace’s International Artist-in-Residence program, Rodríguez-Díaz drew parallels between the Mexican-American War and the Spanish-American War, which led to the conquest of Texas and Puerto Rico, respectively. On two large black walls, the artist drew images of both the Alamo and the USS Maine. The rallying cries for both wars: “Remember the Alamo” and “Remember the Maine.”

Placed in between the two large drawings was a painting titled Chupacabra. Here, the artist depicts himself emerging from underneath a fallen tree, while a trio of helicopters hover above. Placed above the artist’s head is a goat’s skull. The chupacabra is originally a mythical creature from Puerto Rico known to suck the blood out of goats and various farm animals, but its legend has spread throughout South Texas and Latin America. It is the artist’s view that Latinos are often excluded from much of society and seen only as exotic creatures, much like the chupacabra.

With the Latino population steadily rising and on par to become the largest minority group in the U.S., Cordova says it is only a matter of time before major institutions around the country begin to recognize the contributions of artists such as Rodríguez-Díaz. He says that American art history is lacking if we ignore them. Just as museums have begun to invest in African American artists, he expects the same will be true of Latino artists.

Cordova believes that the upcoming retrospective will help shine a light on the development of Rodríguez-Díaz as an artist and perhaps help bring him the recognition he deserves as one of San Antonio’s most accomplished artists.

“I think just about anybody that will walk into the show will be dazzled by his technique,” Cordova said. “The museums have really been remiss for not acknowledging him as a master. He’s a local and national treasure.”