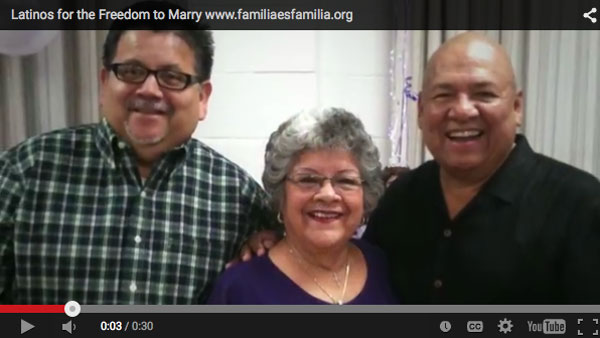 An article in the San Antonio Current reports that San Antonio couple Brad Veloz and Mike Rodríguez are featured in a new Freedom to Marry television ad that’s part of a “Familia es Familia” campaign targeting the Latino community.

The Current says the ads will be launched “in a handful of Texas cities, including San Antonio.”

Veloz and Rodríguez were legally married in Washington, DC two years ago. “I feel like I’m not even a citizen in Texas, that I have no rights here,” Veloz tells the Current. “We don’t enjoy the same benefits that married couples have here. It just saddens me that Texas hasn’t recognized marriage equality.”

Read the complete article at this link.

Where my pitches at …

... and other reasons you'll love LGBTQ softball Like many kids growing up in the late 20th century, the television...