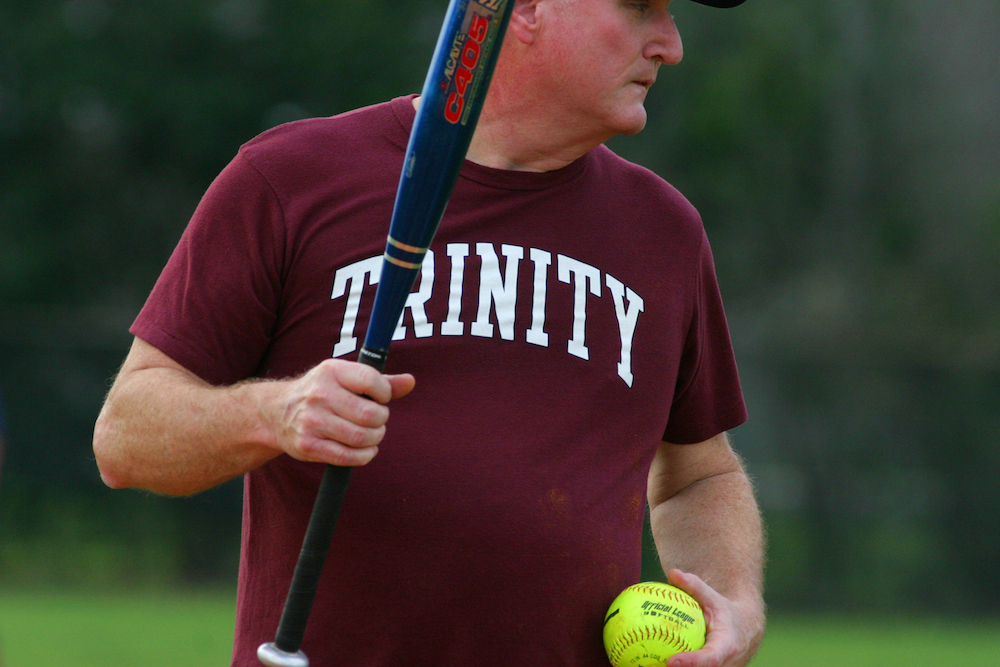 Like many kids growing up in the late 20th century, the television seemed like it was always on at my house. But, unlike most kids I imagine, it was not tuned to cartoons or sit-coms. When my dad was not obsessively watching the national news (he was a political junkie and history buff), it was almost always tuned to baseball. Any, by baseball I mean the Atlanta Braves. I grew-up in Atlanta, after all. It became my earliest addiction and, in that way that baseball buffs understand, there is something about watching and playing that is hard to explain to people who don’t get it.

I have played softball on and off most of my adult life, including some time spent playing in gay leagues and also starting and managing many teams. Now in my 50s, I’m still addicted to the game in every way. When I moved to San Antonio five years ago, one of the first things I looked for was an LGBTQ softball league. I was disappointed to find that, unlike so many major cities, there was no gay league here. A new friend dismissed it by saying that San Antonio is “not a baseball town.” I was advised to drive to Austin a couple of times per week, but as a dad with two kids I knew that probably just wouldn’t work for me. Deep sigh.

See the players in action in our softball slideshow!

But this spring, the LGBTQ sports scene in San Antonio changed. The playing field now includes a softball league, thanks to Pride San Antonio. Pride has long facilitated sports for the LGBTQ community in San Antonio, including volleyball, running, and bowling, among other activities.

After eight years of hosting an annual softball tournament in June during the Pride celebration, they decided to move forward with an official league. The first season is underway, with six official co-ed teams competing. League leaders plan to join the NAGAA, the official national gay softball association, and participate in national championships and develop relationships with sister leagues in other cities.

This season’s teams include: Diamond Dads, Where My Pitches At, It’s All about That Base, Brokebat Mountain, Looking to Score, and Help Wanted. On Sunday mornings from late March to mid June at the Rusty Lyons fields, fun yet competitive play is underway for guys and gals of all ages and playing levels. Fans are welcome!

The SA2020 CEO on kicking dominos and coming out It was only 11 years ago that Molly Cox took an...