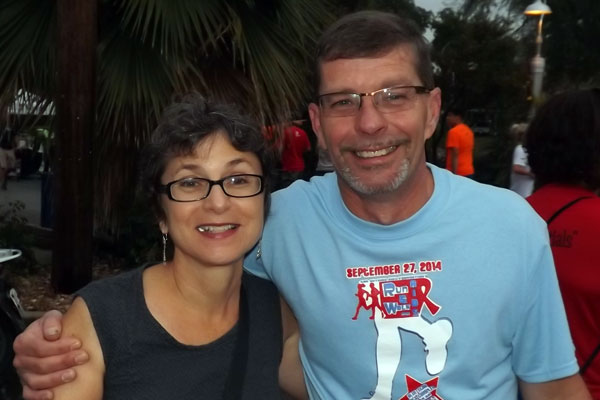 The board of directors of the San Antonio AIDS Foundation, under the leadership of President Anne Marie Simmons, has fired Executive Director David Ewell. The termination was effective Monday, April 20.

Out In SA learned of the Ewell’s firing from SAAF founder Robert “Papa Bear” Edwards, who forwarded the magazine an email from the board of directors that was sent to the foundation’s employees April 21.

“There are many exciting opportunities for growth in the future of SAAF. In order to take full advantage of these opportunities to further SAAF’s mission and best serve our clients, the Board of Directors has determined new leadership is needed,” the board’s email read. “To that end, the Board has decided to seek a replacement for David Ewell as Executive Director of SAAF. The Board wants to acknowledge and thank David for his pivotal role in bringing SAAF to the successful, mature organization it is today. We also thank him for his 23 years of dedicated service to the Foundation.”

The announcement, which also was posted on bulletin boards in the foundation’s headquarters, left SAAF’s employees and clients puzzled and confused, Edwards told Out In SA. He said he thought Simmons had overstepped her bounds in firing Ewell, adding that she had been “riding” him over a variety of issues for the past months.

Edwards said that Simmons questioned Ewell’s leadership. He says she wanted Ewell to fire or demote Rips because, “Jill had, in Simmons’s view, been disrespectful to her and the board during a meeting. When David didn’t fire her, Anne Marie targeted him for dismissal.”

Former SAAF board member Eric Beckman told Out In SA he resigned from the board a month before Ewell’s termination because of the way Simmons was “harassing, berating, and bullying” Ewell. “It was a clear-cut case of retaliation,” Beckman said without elaborating.

Janis Boyer, SAAF’s director of nursing since 1992, spoke glowingly about Ewell’s management of the foundation and said she was sorry to see him go. “His compassion and integrity have proved him to be well-loved and made SAAF the best AIDS agency around,” she told Out In SA.

Dr. Alison J. Berry, who serves as SAAF’s medical director, told Out In SA, “I have known David Ewell for 23 years. He conducts himself with honesty and integrity. He is devoted to SAAF and has worked tirelessly to improve the foundation.”

Edwards says the foundation’s employees, including department heads, stand behind Ewell’s leadership but most are afraid to speak out for fear of reprisal.

Simmons has served on the SAAF board for about three years. She was elected board president in June and previously served as vice president and treasurer. According to Edwards, there were nine board members when Simmons was elected president but three have resigned since then.

Edwards says he is helping SAAF volunteer Fran Mendez plan a demonstration on Monday, April 27, at 7 p.m. in front of the SAAF building on East Grayson Street as a show of support for Ewell and to ask the board to reconsider their decision. The community is invited to attend.

Out In SA contacted Ewell but he replied he could not comment. We also contacted Simmons for a comment via email and are awaiting a reply.