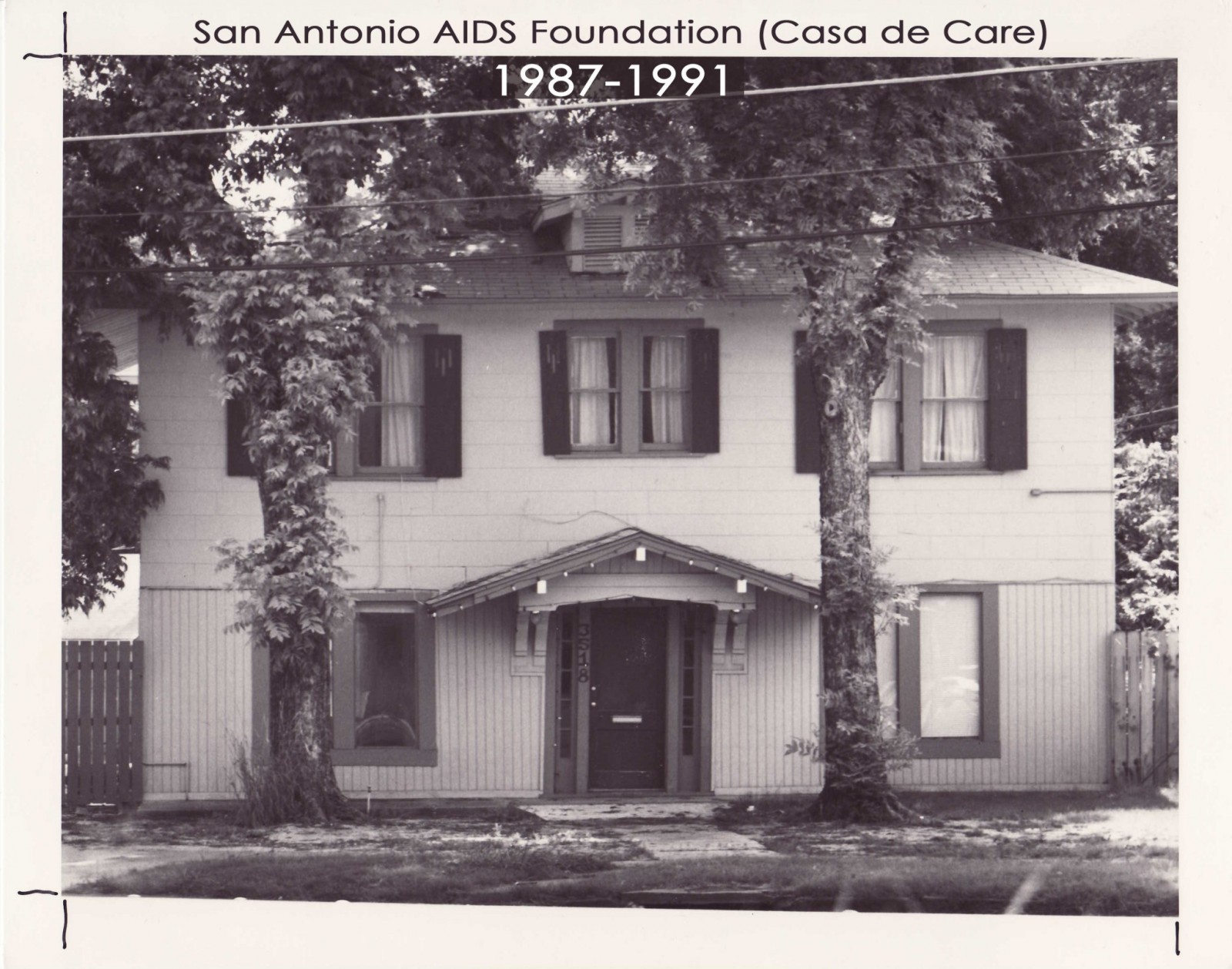 Nearly 30 years ago, Robert “Papa Bear” Edwards started the San Antonio AIDS Foundation (SAAF) in the back of a gay bar. From those humble beginnings, the organization has flourished, and now appears to be ready for another growth spurt under newly hired president Cynthia Nelson. However, for Edwards and some supporters, that growth has come at a price: Patients are being moved into nursing homes, several key personnel resigned and some former board members have expressed concern about the charity’s new direction. Many of those who supported SAAF in past years are wondering what the turmoil of the past months has done to a place that was once known for its compassion and caring. It was in 1986, at the beginning of the AIDS epidemic in San Antonio, a time when it seemed no one wanted to treat the infected, that Robert “Papa Bear” Edwards started the San Antonio AIDS Foundation to care for the scores of gay men who were sick and dying.

Nearly 30 years later, SAAF stands at a crossroads, having fired its executive director and now welcoming a new leader to the helm.

The transition has been a bitter one for Edwards, who opposed the firing of David Ewell, who led the agency for 24 years.

Up until 1991, Edwards himself held the leadership position at SAAF. When Ewell came on board, he followed Edwards’ management template.

As Gilbert Garcia described in the San Antonio Express-News, “Over the ensuing years, as medical advances enabled AIDS patients to live longer with the disease, Ewell tried to adhere to Edwards’ original vision of SAAF as a sanctuary where compassion was the pre-eminent consideration.”

When Ewell was fired, Edwards felt betrayed by SAAF’s board of directors, who announced they wanted to go in a new direction. After board president Anne Marie Simmons hired Jack Downey as interim executive director, Edwards described it as an act of cronyism.

Downey, who had previous nonprofit experience, but none in a medical setting, proved to be a tenuous leader who was unpopular with SAAF’s employees and supporters. He initiated a series of new policies that included moving long-term patients, some who had lived at SAAF for almost 15 years, into nursing homes.

“Jack Downey and Anne Marie Simmons destroyed the SAAF I created, and my disdain for them is immense,” Edwards told Out In SA in October, when Cynthia Nelson of Houston was hired to lead the nonprofit as president. Edwards (who prefers to be called Papa Bear or just Bear) is a Nebraska native who settled in San Antonio with his family in the 1970s. A decade later, he opened a gay club called Papa Bear’s just south of Mahncke Park.

An avid reader, Edwards recalls in the months after he opened his bar, he began seeing stories in The New York Times and other newspapers about a devastating illness affecting gay men on the East and West Coasts.

“I knew it was a matter of time before it would begin to affect the gay community in San Antonio,” he says. “Since I was in the gay bar business, I decided that I needed to do something.”

When Edwards started SAAF, it was the city’s first community-based response to the epidemic.

“I remember our first patient,” says Edwards. “There was a young kid who lived up the block from the bar. He was in bad shape. My daughter and I went to his apartment, got him cleaned up and took him to the emergency room.”

Edwards rented a small house off Austin Highway where he cared for the Foundation’s clients. Doctors and nurses donated their time. Volunteers raised money.

The house off Austin Highway existed with the full knowledge of local health officials, who let it operate without zoning compliance. Staff helped clients sign up for Social Security, medical services and food stamps. “We were able to do the intake on-premises because local agencies were nervous about having infected individuals come to their offices,” says Edwards.

The house soon became too crowded to accommodate the many clients who sought help. Edwards rented a small office building behind his bar and converted it into a hospice facility. When the first HIV tests became available, he initiated an anonymous testing program.

Edwards retired in 1991, never having taken a salary for his work. In 2010, the San Antonio chapter of the Human Rights Campaign honored Edwards with the Chuck Jordan Award for lifetime advocacy.

Despite some lingering anger, Edwards appears to have come to terms with the changes at SAAF. He says he’s happy Downey is gone and thinks Simmons should step down as board president.

Edwards is unsure of what the future holds for SAAF. He says there have been whispers that the board wants to sell the Grayson Street building and move to another location. There’s also talk of SAAF opening its own clinic.

Regarding SAAF’s new president, Edwards says he’s ready to offer support to Nelson as she guides the organization’s latest transition.

“I am pleased to see a new director has been appointed,” he says. “Her challenge is considerable — to restore the reputation of SAAF as a compassionate and professional resource for those with HIV/AIDS, to restore the respect of the donor and funding communities, and to restore the morale of the staff. I wish her well and hope she can overcome the bedlam caused by the current board and its interim director over the past several months.”

A San Antonio psychotherapist is working with counselors at a local school district to help address the needs of its...