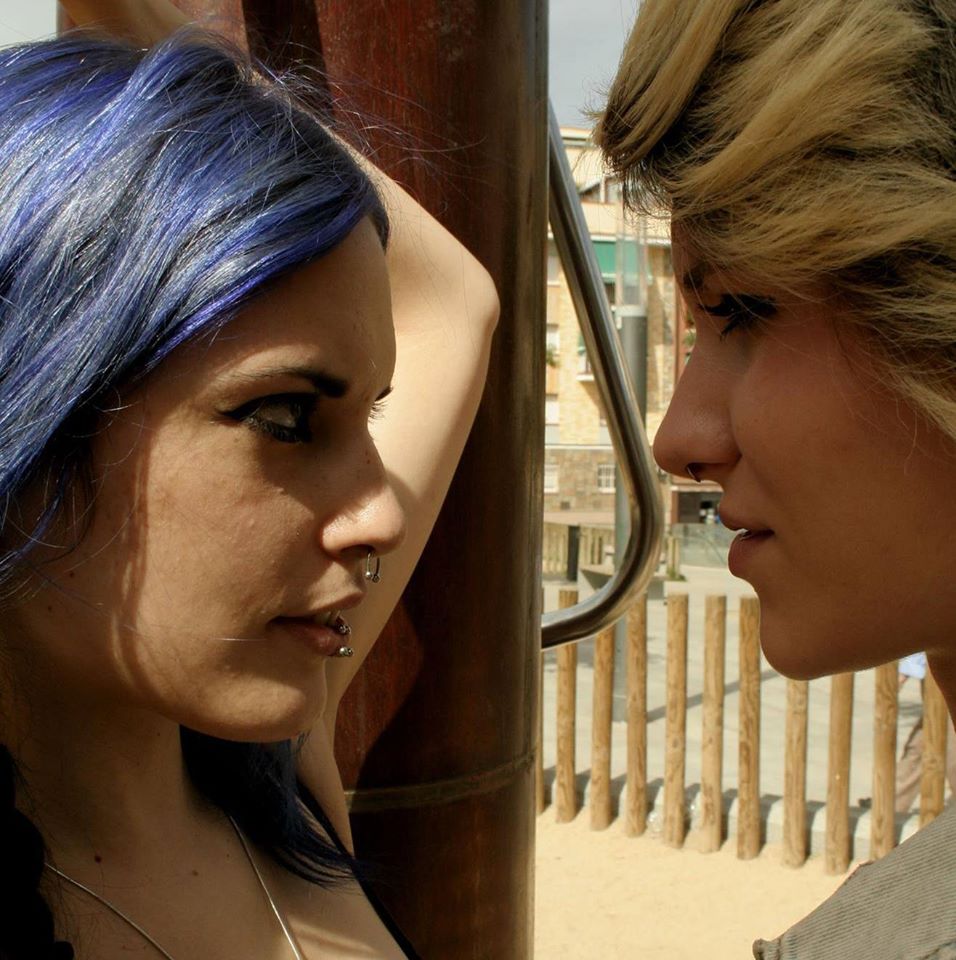 A still from Maria Galindo’s film Life’s a Bitch

When punk-rock musician Maria Galindo made Barcelona her home in 2011, she never planned to shoot a film there.

Galindo, who is originally from San Antonio, moved to Spain for a change of scenery and to do something different with herself, but said she woke up hungover one morning on her couch and realized she had wasted two years of her life.

“I thought, ‘What am I doing with myself?’” Galindo, 34, told Out in SA during a San Antonio visit last December. “I told myself, ‘You know, I’m going to make a movie.’ It came out of a lot of passion and frustration.”

In 2013, Galindo, who attended Kennedy and Burbank High School before dropping out her junior year, picked herself up by the Doc Martens, dusted herself off and started writing the screenplay to her first feature project, Life’s a Bitch! The film follows two dysfunctional lesbian couples exploring their complex relationships and making bad decisions.

Finally ready to commit herself to a long-term project, Galindo started researching what it was going to take for her to make a movie from scratch — from cameras to lighting to scriptwriting, and everything in between. After purchasing all the equipment she would need, Galindo put a casting call out to all “weirdos, hot girls and rockers” and started to shoot the movie while she cast it. Life’s a Bitch! immediately became a passion project for her.

“The movie turned into my baby,” Galindo said. “I didn’t have a crew, so I had to do everything myself. I just started forming it like a piece of clay.” Maria Galindo on location in Barcelona

With zero budget, Galindo couldn’t afford to go out and hire seasoned actors — instead she found novices who were right for the part. More important to her than their experience, Galindo wanted actors who could dedicate themselves to the film and wouldn’t quit halfway through. She needed team players.

“I was very picky about who I wanted to work with,” Galindo said. “I wanted them to have passion. I didn’t care if they were an actor or just a normal person, I wanted them to do it for the right reason. I wanted people who would work as a family, so we could go to the next level together.”

Jessica Hernández was one of those actors Galindo trusted enough to cast in her film. In Life’s a Bitch!, Hernández plays Christina, a woman who cheats on her girlfriend Molly (Madalina Pirvan) when Molly travels to Romania to visit her family.

“Maria is like a twister!” Hernández, 31, told Out In SA. “She does everything! She is a really demanding director. She has very clear ideas and doesn’t care about the rules. She’s super punk and has her own style.”

Although she identifies as a lesbian, Galindo doesn’t label herself as a lesbian filmmaker. While she supports LGBT issues and causes, they’re unlikely to drive future projects and she looks forward to making movies that don’t feature gay characters. “I don’t consider Life’s a Bitch! a lesbian film,” Galindo said. “It’s a drama about people — people who have sex, steal, lie, and are deceiving and honest and stuck. I want to make a lot of different films. I want to write scripts that make you laugh and scripts that scare the shit out of you. I’m a storyteller. I just need to get these films out of my head.”

Galindo also doesn’t consider herself part of any “filmmaking industry.” She sees herself as more of an artist who is trying to do something she considers unique in cinema by delivering powerful messages with an anti-authoritarian edge. She’s not interested in becoming famous or making movies with massive budgets. And she’s also not very impressed with what Hollywood is producing right now.

“They give someone all this money and a lot of shit gets made,” Galindo said. “In the industry, it’s all about who you know. I’m a punk rocker that grew up hard on the Westside of San Antonio. That’s not going to change anytime soon.”

Texas LGBT activists have filed amicus briefs in a case pending before the Texas Supreme Court (Pidgeon v. Harris) where...