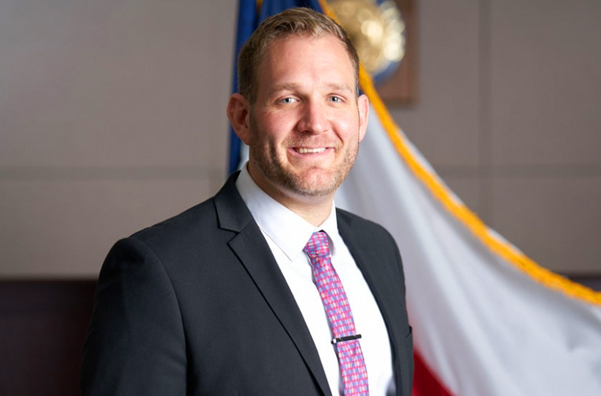 San Antonio attorney Michael J. Ritter has been nominated to run for president of the Texas Young Lawyers Association. TYLA is a division of the State Bar of Texas, an administrative agency within the judicial branch of the State of Texas. The TYLA president serves on the board of directors and the executive committee of the State Bar.

The other nominee is Reginal Wilson of Houston, who is a senior finance associate at the law firm of Norton Rose Fulbright.

TYLA’s members are attorneys in their first five years of practice or under the age of 37. In a March 1 announcement, the TYLA board of directors said they unanimously approved both nominees.

Ritter is the first openly LGBTQ candidate to run in an election for a State Bar office and would be the first to serve in the state’s Judicial Branch. He is chair of the San Antonio LGBTQ Bar Association and is a council member of the LGBT Law Section of the State Bar.

Ritter is a staff attorney at the San Antonio Court of Appeals who attended Trinity University and graduated with honors from the University of Texas Law School. He was born and raised in Austin and now lives in San Antonio with his husband, Dilshan, and two rescue puppies, Lolo and Poncherello.

The election will be the first in State Bar history to be entirely virtual. About 25,600 lawyers throughout Texas are eligible to cast their votes from April 1 through April 30.

For more information about the candidate visit MJRitter.com.

In the opening days of the 87th Legislative Session, members of the Texas House LGBTQ Caucus were named to several...