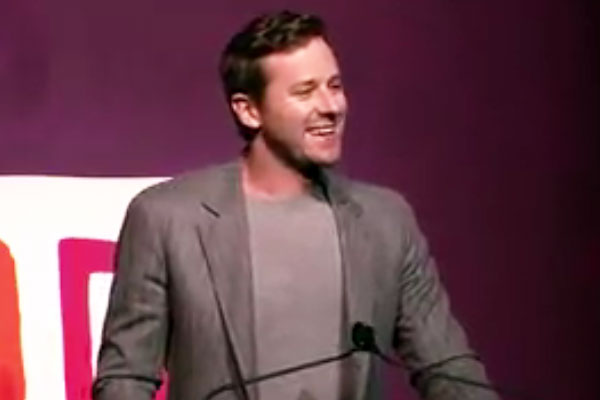 Hollywood heartthrob and San Antonio business owner Armie Hammer may have missed an Oscar nomination this go-round, but he landed Variety‘s One to Acclaim Award which recognizes breakout film talents.

The Austin Film Society presented Hammer with the accolade on March 8 at its 18th annual Texas Film Awards which were held at Austin’s AFS Cinema. Armie Hammer and Timothee Chalamet take in the scenery in “Call Me By Your Name” (Photo: Sony Pictures Classics)

Hammer has drawn critical raves for his performance in Call Me By Your Name as an archaeology student who falls into a steamy relationship with his prof’s teenage son. But it was Hammer’s co-star, Timothee Chalamet, who picked up the Academy Award nomination for Best Actor.

The Texas Film Awards take place the night before the opening of South by Southwest and raise money for the Austin Film Society’s artistic and educational programs. Not exactly the Oscars, but fostering local film talent sounds like a worthy cause, right?

Hammer and his wife Elizabeth Chambers own two BIRD Bakeries — one in San Antonio and another in Dallas.

By Emma Platoff, Texas Tribune March 13, 2018 Editor's note: This story has been updated throughout. Gov. Greg Abbott himself...