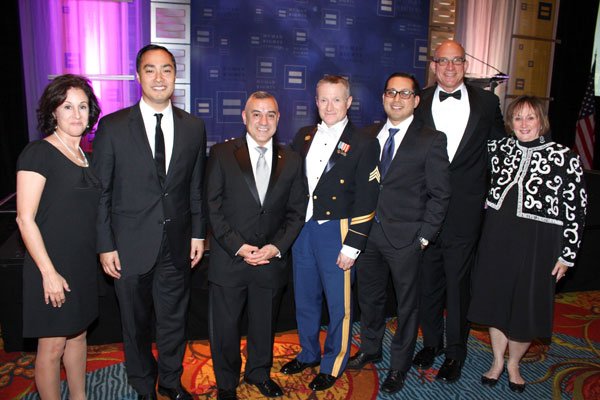 Labor Day marks the end of summer and the beginning of fundraising season in San Antonio’s LGBT community. While fundraising goes on year-round, the fall and winter are when many local nonprofits schedule signature events.

The first weekend of fall promises to be a busy one with banquets slated on three consecutive days.

The Stonewall Democrats of San Antonio are busy preparing for their Annual Awards Banquet on Saturday, September 24 at the Hilton Palacio del Rio Hotel. Keynote speaker for the event is transgender activist Lou Weaver.

This year, Equality Texas has moved its annual Spirit of Texas Brunch from early spring to Sunday, September 25 at the Rosenberg Sky Room. Awards will be presented to State Senator Jose R. Rodriguez, Judge Phyllis Randolph Frye and Google.

The biggest, fanciest and priciest bash of the year is the Human Rights Campaign’s annual black tie soirée, the San Antonio Gala and Silent Auction, which this year will be held downtown at the Grand Hyatt Hotel on November 5.

Missing from this year’s calendar is the San Antonio AIDS Foundation’s annual Webb Party which was an official Fiesta San Antonio event but which organizers said would become a Halloween celebration. In an email to Out In SA, Ken Slavin, VP of communications for SAAF, wrote, “There will not be one this year. The event will happen in 2017. We are in the process of looking at potential dates and determining other details, with the hope of sharing an update with the community in the near future.” Save the dates! — A random list of upcoming events.

September 23, 2016
BEAT AIDS Annual Fundraising Banquet at the Airport Hilton. Tickets are $60. Use this link for tickets and information.

December 31, 2016
Pride Center New Year’s Eve Kiki. No location announced as yet. Use this link to request info.

Before Whitney Houston recorded “I’m Every Woman,” Chaka Khan had already established herself as the “Queen of Funk’ performing as...