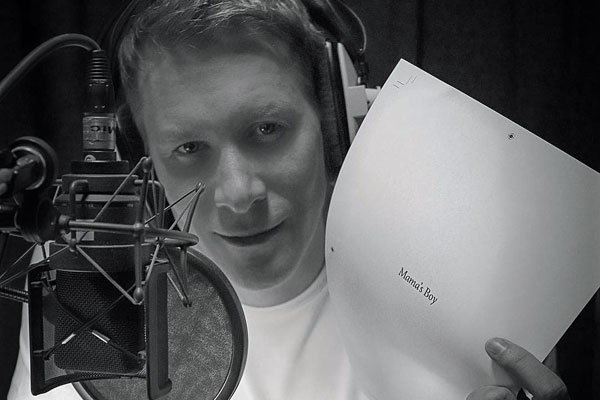 Dustin Lance Black, the Academy Award winning screenwriter of Milk, will be in San Antonio on May 6 for a special showing of the movie and the launch of his new book, Mama’s Boy.

Milk chronicles the story of of San Francisco gay rights activist and politician Harvey Milk, the first openly LGBTQ person to serve on the city’s board of supervisors. The film stars Sean Pean as Milk and Josh Brolin as Dan White, a city supervisor who assassinated Milk and Mayor George Moscone. Black won an Academy Award for writing the screenplay in 2008.

In 2011, Black would go on to write the screenplay for J. Edgar, a film starring Leonardo DiCaprio that focuses on the career of FBI director J. Edgar Hoover.

Black’s appearance in San Antonio is something of a homecoming for the writer who lived here with his family as a boy. He mentioned his boyhood in the city during his acceptance speech at the Academy Awards ceremony.

“When I was 13 years old, my beautiful mother and my father moved me from a conservative Mormon home in San Antonio, Texas to California, and I heard the story of Harvey Milk,” Black said. “And it gave me hope. It gave me the hope to live my life. It gave me the hope one day I could live my life openly as who I am and then maybe even I could even fall in love and one day get married.”

Black’s stepfather was a Mormon missionary who had converted his mother to the religion. In an interview with the Bay Area Reporter, Black said he worried about his sexuality as a youth in San Antonio where he says he was surrounded by the Mormon culture and military bases.

Black told the B.A.R. he remembers thinking, “I’m going to hell. And if I ever admit it, I’ll be hurt, and I’ll be brought down” when he found himself attracted to a boy in his neighborhood at the age of six or seven. He says that his “acute awareness” of his sexuality made him dark, shy and at times suicidal.

In addition to the screening of Milk, Black will be promoting his new book, Mama’s Boy, described in press releases as a “heartfelt, deeply personal memoir that explores how a celebrated filmmaker and activist and his conservative Mormon mother built bridges across today’s great divides—and how our stories hold the power to heal.”

Black will conduct a Q&A after the screening and will be available to sign copies of his book. Those who purchase tickets to the screening will also receive a copy of Black’s book.

Black’s appearance is being co-presented by Alamo Draft House Cinema and the Austin All Genders, Lifestyles, and Identities Film Festival.

Originally published in the San Antonio Current. Since its unlikely birth at the Arneson River Theatre during A Night in...