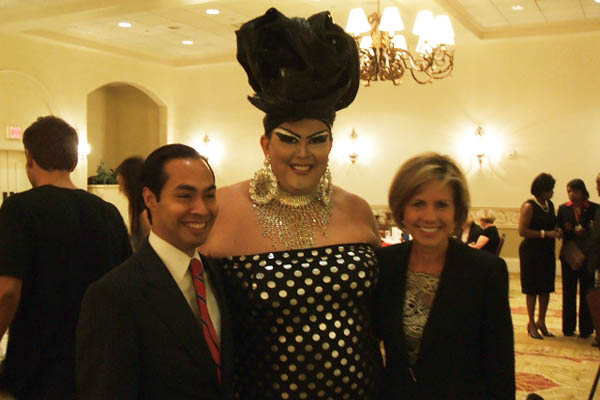 Sheryl Sculley’s November 29 announcement that she will retire after a 13-year tenure as San Antonio’s city manager is a bittersweet development for the LGBT community where she is seen as a steadfast ally.

Sculley was the highest ranking city official to ever reach out to the LGBT community when in 2006 she addressed a meeting of the Stonewall Democrats of San Antonio. 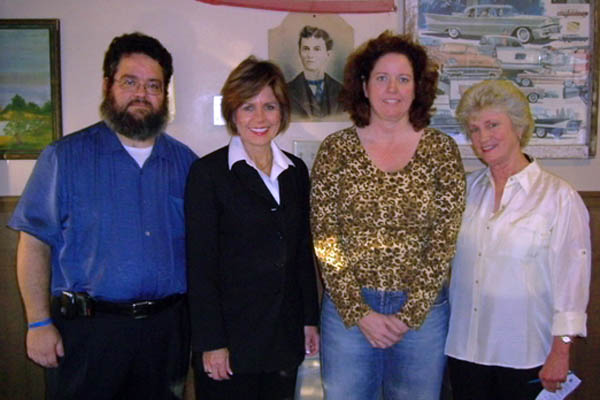 Sheryl Sculley (second from left) with officers of the Stonewall Democrats at their October 2006 meeting (Photo: Sam Sanchez)

During that Stonewall meeting, Sculley announced she was organizing community panels where citizens could discuss and devise ways to enhance the quality of life in the city. She said she wanted LGBT people to participate in all those panels, the first time such on open gesture was made to the community by a city official. “Change is difficult,” Sculley told her Stonewall audience at the time, “but we all can change to make a better city.”

In 2008, Sculley worked with city attorneys and the city-council-appointed Affirmative Action Committee to amend the city’s anti-harassment and discrimination policy to include sexual orientation as a protected classification for city employees. Conservative attorney Robert J. Bozelli and Adam McManus, a local radio talk show host from KSLR-AM, tried to smear Sculley for her actions. However, the policy remains intact today.

Sculley unveiled a new budget in 2011 that included extending domestic partnership benefits to City of San Antonio, CPS and San Antonio Water System employees, including same-sex couples. The budget initiative was passed by the city council in spite of the fact that right wing Christian groups tried to block it. 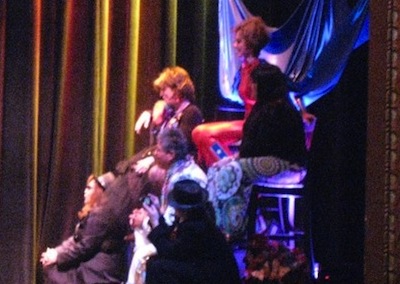 Sheryl Sculley on stage as King Anchovy during the 2009 edition of Fiesta Cornyation (Photo: Facebook)

The city manager gained a bit of playful notoriety in 2009 when she was crowned King Anchovy at Fiesta Cornyation while wearing a red metallic jump suit, platform boots and a sequined blue cape. Later that year, at a roast sponsored in her honor by the San Antonio League of Women Voters, attendees included not only scores of local politicos but drag queens, and LGBT activists.

When the city council voted to approve the nondiscrimination ordinance in 2013, Sculley was among the city officials who applauded its passage. Two years later, Sculley, under the direction of then-Mayor Ivy Taylor, established the Office of Diversity and Inclusion (now known as the Office of Equity) that serves as a central point of contact for all protected classes covered under the city’s nondiscrimination ordinance.

Sculley’s support has remained constant. In 2015, while commenting on the city’s score on the Human Rights Campaign’s Municipal Equality Index, she said, “Ensuring a vibrant and diverse community and maximizing our residents’ well-being are city-wide goals. The City of San Antonio recognizes that these goals call for the inclusion of the LGBT population.”

Curious Twins Paranormal Event is a Mashup of Christmas, Krampus and Fideo

Fred Garza-Guzman and his husband, Stephen Garza-Guzman, co-owners of Curious Twins Paranormal, are planning an event that will combine the...