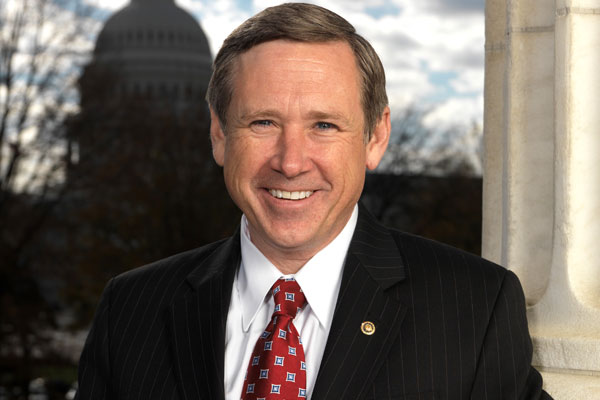 Some members of the San Antonio chapter of the Human Rights Campaign say they are angered by the group's continued endorsement of Republican Senator Mark Kirk. (Courtesy photo)

Two prominent members of the San Antonio chapter of the Human Rights Campaign, and some of their colleagues, say they are angered by the organization’s continued endorsement of a Republican senator especially after he made a racist remark about his opponent’s family during a debate last Thursday. (See update at bottom of this page.)

The senator in question is Mark Kirk of Illinois, who was endorsed by HRC in March even though he only earned 78% on HRC’s Congressional Scorecard. Kirk’s opponent, Democrat Tammy Duckworth, is a congresswoman and a disabled Iraq war veteran whose HRC score is 100%. Former Marine Sergeant Eric Alva, a decorated Iraq war veteran, posted his disapproval of HRC’s actions on his Facebook page writing, “The organization I once stood behind as their national spokesperson has lost my trust and I want a divorce. You are so wrong on this, as an organization and as a president Chad [Griffin]. Last year, I was awarded the Chuck Jordan Award for all the work I did with HRC and other communities. I honor Chuck’s memory every day but I will not attend another single HRC event ’til you earn my trust again. Until then we are done.”

During an October 27 debate between the two candidates, Duckworth cited her military service saying, “My family has served this nation in uniform, going back to the Revolution . . .   Families like mine are the ones that bleed first.” In a comment mocking Duckworth’s biracial ethnicity, Kirk replied, “I had forgotten that your parents came all the way from Thailand to serve George Washington.” The next day, HRC spokesperson Brandon Lorenz tweeted the organization’s continued support of the senator writing, “Mark Kirk’s comments were wrong and inappropriate. HRC endorsed Senator Kirk based on the strength of his record of LGBTQ equality, and while that remains unchanged, we believe he should rescind his comments immediately.” Later in the day, Kirk offered an apology but the controversy started by his comment continues.

“When HRC made this endorsement last March, I reached out to national HRC staff to voice my disappointment,” says Darrell Garcia-Parsons of San Antonio. “Having served on the National Board of Governors for four years, I found this endorsement to be totally inappropriate and totally out of line with the mission of expanding LGBT equality, with a senate that will work with a Democratic president. I once again call on the Human Rights Campaign to rescind their endorsement of Senator Mark Kirk and endorse his opponent, Rep. Tammy Duckworth, for the Illinois senate seat was once held by President Obama.”

HRC’s endorsement of Kirk was controversial from the beginning despite the glowing reviews the organization gave the senator in the press release announcing their support:

“Whether it was becoming the first Republican Senator to co-sponsor the Equality Act, co-sponsoring a bill to help schools combat anti-LGBT bullying or supporting marriage equality, Senator Kirk has demonstrated time and again that he believes in full federal equality,” said HRC President Chad Griffin. “Senator Kirk’s leadership on the Equality Act sends a strong message that fairness and equality are bipartisan values. Senator Kirk has fought for us, and we are proud to support him in his re-election campaign.”

Some HRC members were disturbed by the fact that Kirk initially endorsed Donald J. Trump for president. He has since rescinded that endorsement citing Trump’s attacks on minorities, women and the disabled.

“Those who know me, know that I have been a staunch supporter and former leader with HRC. I haven’t always agreed with every move HRC has made, but I generally tempered my criticism, when I disagreed with their actions,” says Garcia-Parsons. He adds that he and his husband will not attend the HRC gala next week in San Antonio and that some of his friends are following suit.

Garcia-Parsons told Out In SA that some of those who have liked or commented on Alva’s Facebook post are former HRC national board members or members of the local steering committee who support rescinding the Kirk endorsement.

Alva’s support of Duckworth is personal as well as political. He is the first service member to have been injured in the Iraq war in 2003 when he stepped on a land mine resulting in the loss of his right leg and part of an index finger.

Alva is clear in his message to HRC. “Tammy Duckworth is a fellow Purple Heart recipient and for you to allow and stand by Senator Kirk with these racist comments . . . you are no better than him or Donald Trump.”

Editor’s note: Two hours after this article was published, Chad Griffin, the Human Rights Campaign’s president, rescinded the organization’s endorsement of Sen. Mark Kirk. Use this link to read the complete announcement.

The San Antonio chapter of the Human Rights Campaign will honor Choco Gonzalez Meza posthumously with the Chuck Jordan Award...