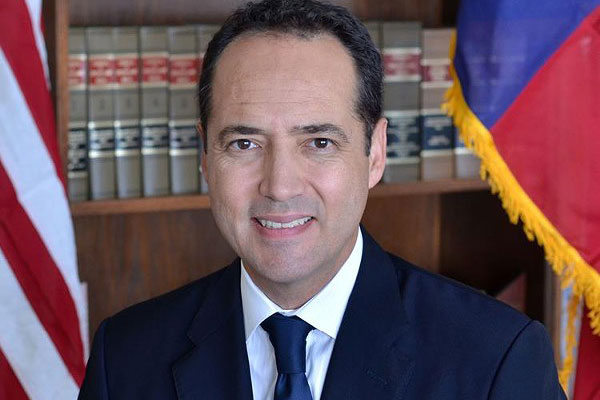 State Sen. Jose Menendez will receive the Political Advocacy Award from the Stonewall Democrats of San Antonio at their annual banquet on September 24. (Courtesy photos)

The Stonewall Democrats of San Antonio have announced this year’s list award recipients for their annual banquet on Saturday, September 24 at the Hilton Palacio Del Rio Hotel.

Sen. Menendez will receive the Political Advocacy Award which is given annually to “an elected or appointed official who has made significant contributions toward the advancement of equality for LGBT persons at the local, state or national level.”

Menendez was elected to the Texas Senate last year to replace Leticia Van De Putte who left the position to run for mayor of San Antonio. Prior to his time in the senate, Menendez served in the Texas House from 2001 to 2015.

Long-considered an ally, Menendez has worked to advance legislation that is beneficial to the LGBT community. Recently, he was named one of the top five senators on LGBT issues by Equality Texas.

Out In SA will feature an interview with Menendez in the fall print edition which will be on newsstands in late September. Transgender activist Lauryn Farris will be presented with Stonewall’s Community Leadership Award which is given to  “an individual or organization who has demonstrated leadership in and service to the LGBT community through participation in other organizations and community events or activities.”

Farris and her family run a photography studio, Farris Family Photos. She is a frequent contributor to Out In SA. She has twice served as president of the San Antonio Gender Association, is on the advisory board of the Transgender Education Network of Texas and has been a national educator for the Human Rights Campaign’s workshop series, Gender Identity and Our Faith Communities.

Last year, Farris was named as one of the Most Influential people in San Antonio’s LGBT community by Out In SA magazine. In 2014, she was the only person from Texas to be selected as one of the Trans 100, an annual listing of individuals from across the country “who are active in the work of making the lives of trans people better.” Ray McDonald today and in the 1960’s when he was in the Air Force.

Ray McDonald will receive the Volunteer Appreciation Award which is presented to a member of Stonewall “who demonstrates outstanding volunteerism within SDSA, political campaigns and the Democratic Party. The award recognizes volunteers who consistently and selflessly give their time and energy to further the mission and purposes of SDSA.”

McDonald is a graduate of Allegheny College and an Air Force veteran who served  for three years as a Second Lieutenant at Weisbaden Air Field, the headquarters of the US Command Europe . In 1995, he retired from Bunzel Distribution where he was general manager.

As a member since 2010, McDonald has worked tirelessly for Stonewall, coordinating the organization’s phone tree, helping with membership meeting logistics and handling sign-up for special announcements.

A new Stonewall award, first given last year, is the Genitalia Fixation Award which is presented to a politician who works against LGBT equality. This year’s recipient is Lt. Governor Dan Patrick.

Stonewall Democrats of San Antonio Annual Awards Banquet, September 24 2016 at the Hilton Palacio Del Rio Hotel, La Vista Ballroom, 200 South Alamo Street. Cocktails at 6 p.m. Dinner and awards ceremony at 7 p.m. Tickets are $100 per person  If you order 8 tickets ($800), you will get a reserved table. RSVP by ordering your tickets online via ActBlue. Early bird discounts available for tickets purchased on or before September 15.

The top two of candidates vying for the office of Bexar County Sheriff will be guest speakers at the September...