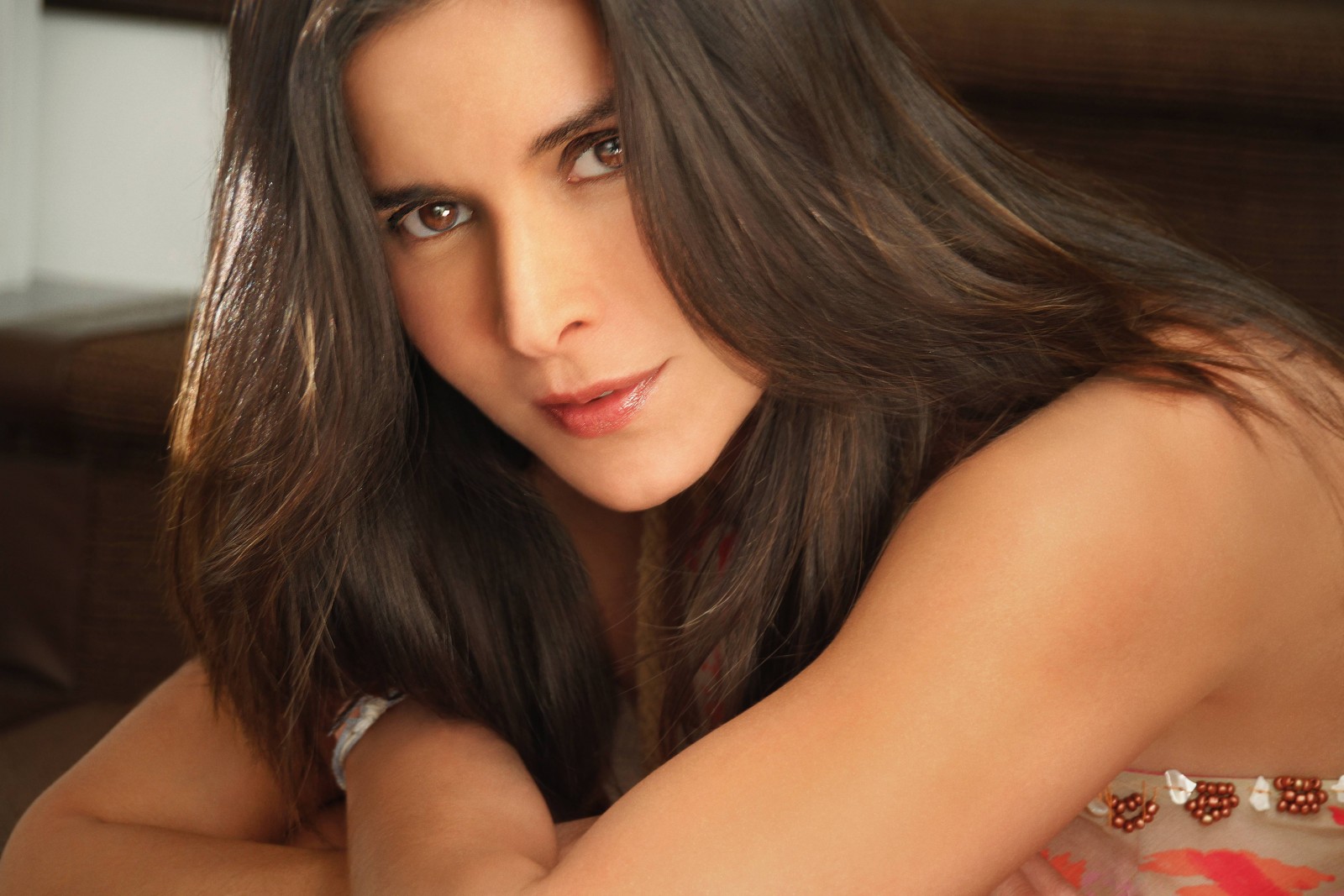 Don’t try putting a label on Patricia Velásquez. An actress, producer, author, parent, entrepreneur, activist and supermodel, Velásquez, 45, isn’t interested in being just one thing — unless that one thing is a happy person. She found happiness early last year when she released her memoir Straight Walk. In the book, Velásquez, who has modeled for top fashion houses around the world, including Chanel, Gucci, Versace and Dolce & Gabbana, came out as a lesbian. The revelation has empowered her to speak out on LGBT issues and inspire others to make a stand and reveal their sexuality. Along with the release of her memoir in 2015, Velásquez also starred in her first LGBT film, Liz in September, late last year.

During an interview with Out In SA, Velásquez, who was born in Maracaibo, Venezuela, talked about why she feels so strongly about inspiring people in the LGBT community to come out and how sexuality is only one part of someone’s individualism. She also spoke on LGBT films as a niche market and how society has become more accepting of same-sex relationships over the last 15 years.

You released your memoir last year, Straight Walk, where you first came out as a lesbian. Did you hope this revelation would be inspirational for other people in the LGBT community and help them decide whether or not they should come out?

If I were to leave an inspirational message, it would be for people to live their truth. In order to do that, I had to be as open and as honest as I could be when I was writing those pages. I didn’t realize how strong [the book] was until it was done and out there. I was a little bit concerned, but at the same time I felt there was a need to inspire people. As I started receiving feedback, I saw that most people loved the book. We published it in Spanish and I saw how I was affecting the lives of so many people. If I feel like I’m going to affect the life of just one person, then that’s what keeps me going.

Do you feel like you have a responsibility to those in the LGBT community to be a spokesperson for LGBT issues?

Yeah, I do, but it was completely unintentional. I have a foundation called the Wayúu Tayá Foundation that helps indigenous communities. I’ve dedicated myself to that cause since 2002. Somebody wrote an article for Amnesty International that said of all the contributions that I’ve done, the biggest contribution I’ve done for humanity is coming out in [Straight Walk]. I realize now how people, especially in the Hispanic world, are looking at me. Yeah, I have a responsibility. I welcome it. If I have to be an example then bring it on.

Coming out is a very personal decision for a lot of people. Do you feel comfortable giving that kind of advice to someone who is still on the fence about it? Do you think it’s possible to encourage someone to make a decision they might not be ready for yet?

I think it’s definitely a personal decision. No one should push anyone to say anything. I think sexuality is only one thing within ourselves. We are many things. I am a mother. I am an actress. I am a philanthropist. I am a writer. I am gay. No one should be pressured to do anything, but what I can tell you is that when you make the decision to live your life freely in your sexuality, no one can tell you who you’re supposed to be anymore. It might take a while depending on your circumstances, but my recommendation would be to please come out. It’s the only way we’re going to affect change. Be who you want to be, but don’t do it because you want to make a statement. Everyone has the right to be happy. When you live in the closet, you are not happy.

Until last year, you lived in that closet. Were you unhappy?

I wasn’t happy. I am one more example of what people go through when you can’t come out. I couldn’t because my fans were all guys and because I was a symbol of femininity. When I did come out, I realized femininity doesn’t have anything to do with sexuality. I got in touch with my femininity much more than I ever had before. The people I thought might feel betrayed have been my biggest supporters. When you live in the closet, you’re not being free and honest with yourself.

Did you think if you came out, your career would be affected negatively?

Yes, it was the reason why I didn’t come out for so many years. I thought it was going to hurt my career. I thought I wouldn’t get the same kind of work. I have to tell you, it hasn’t changed one bit. I have been so incredibly supported by the LGBT community. I’ve felt alone all these years, but all of a sudden I don’t feel alone anymore. It was like they told me, “Welcome to the family. Let’s celebrate!” 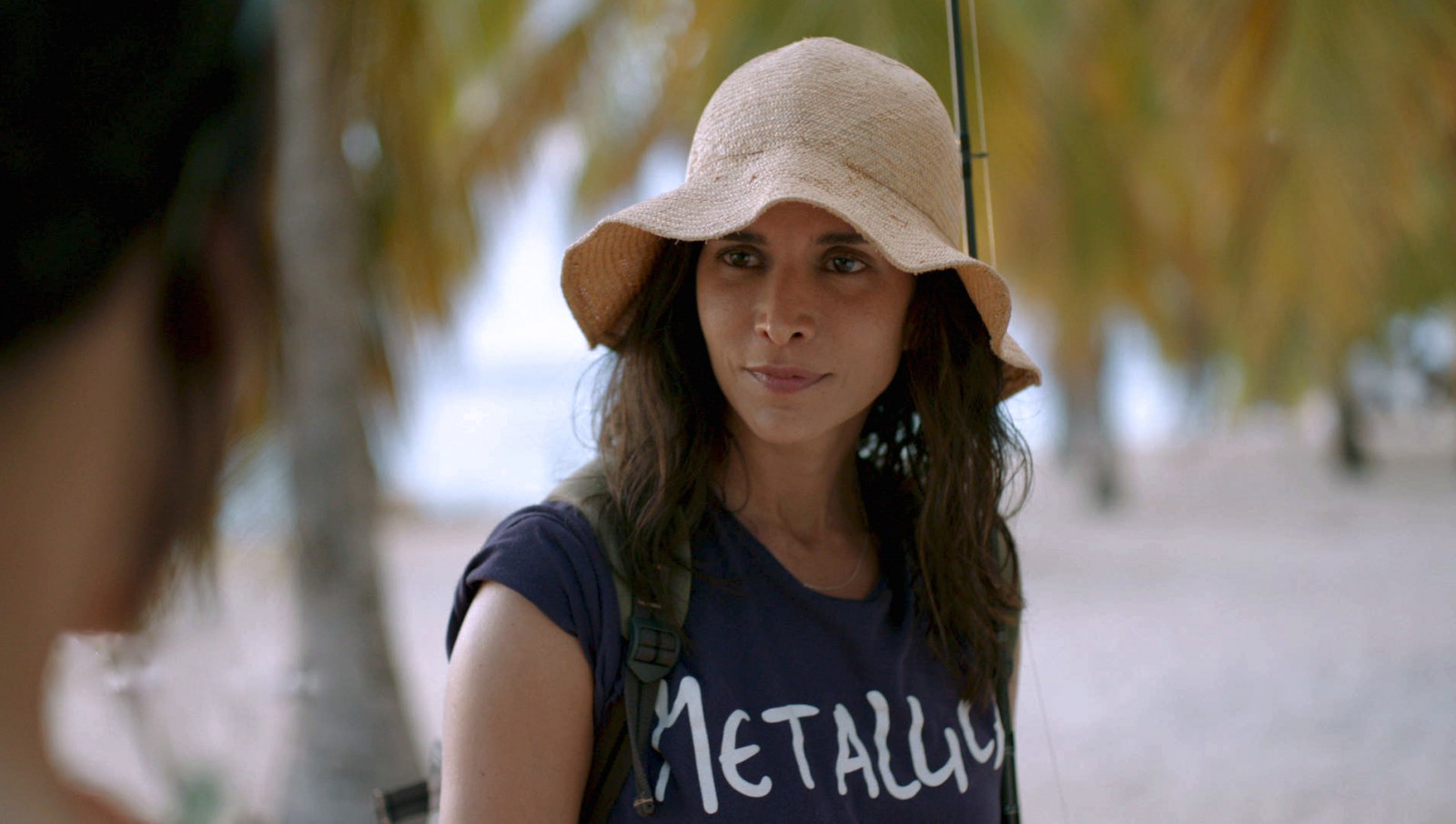 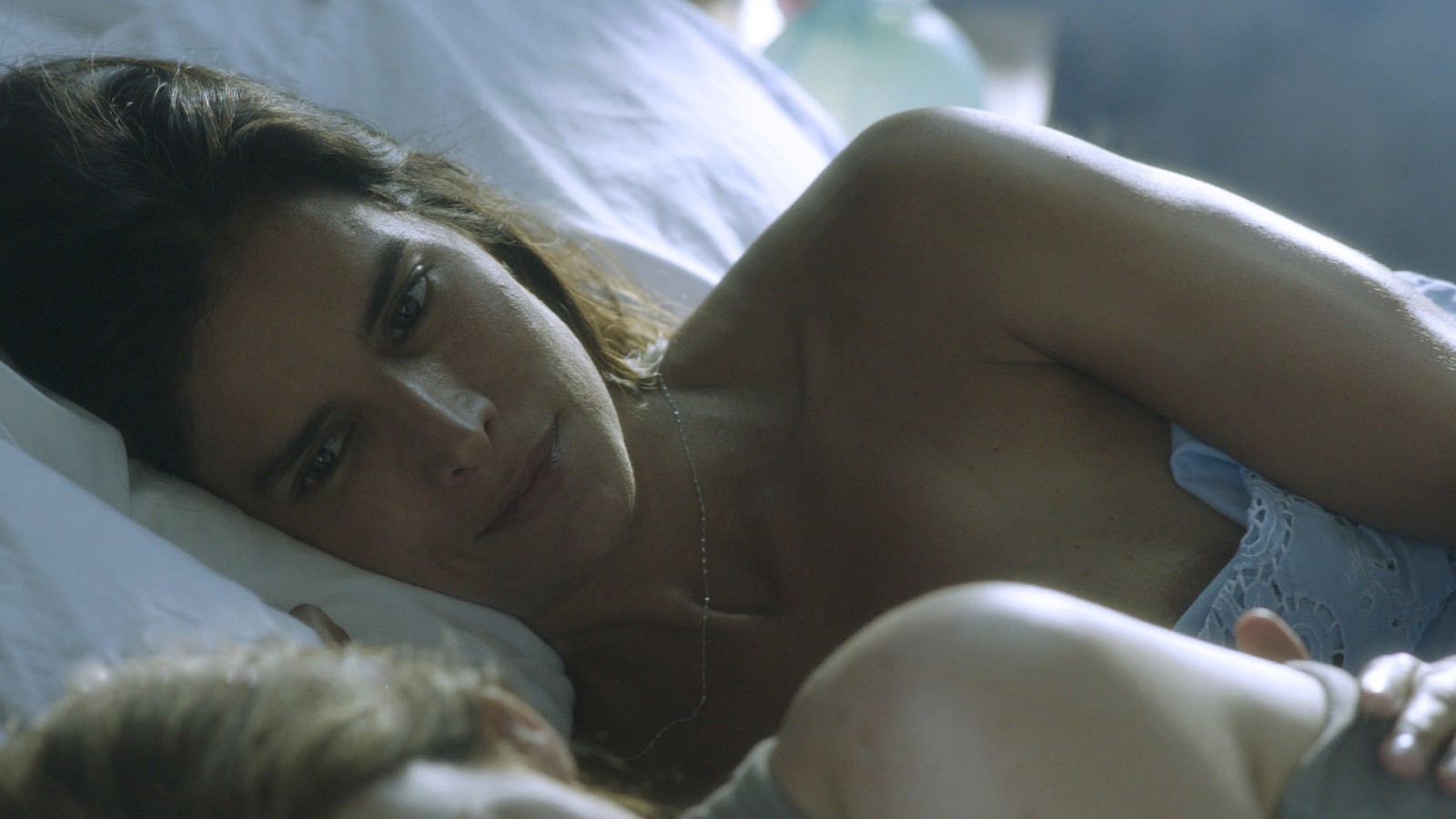 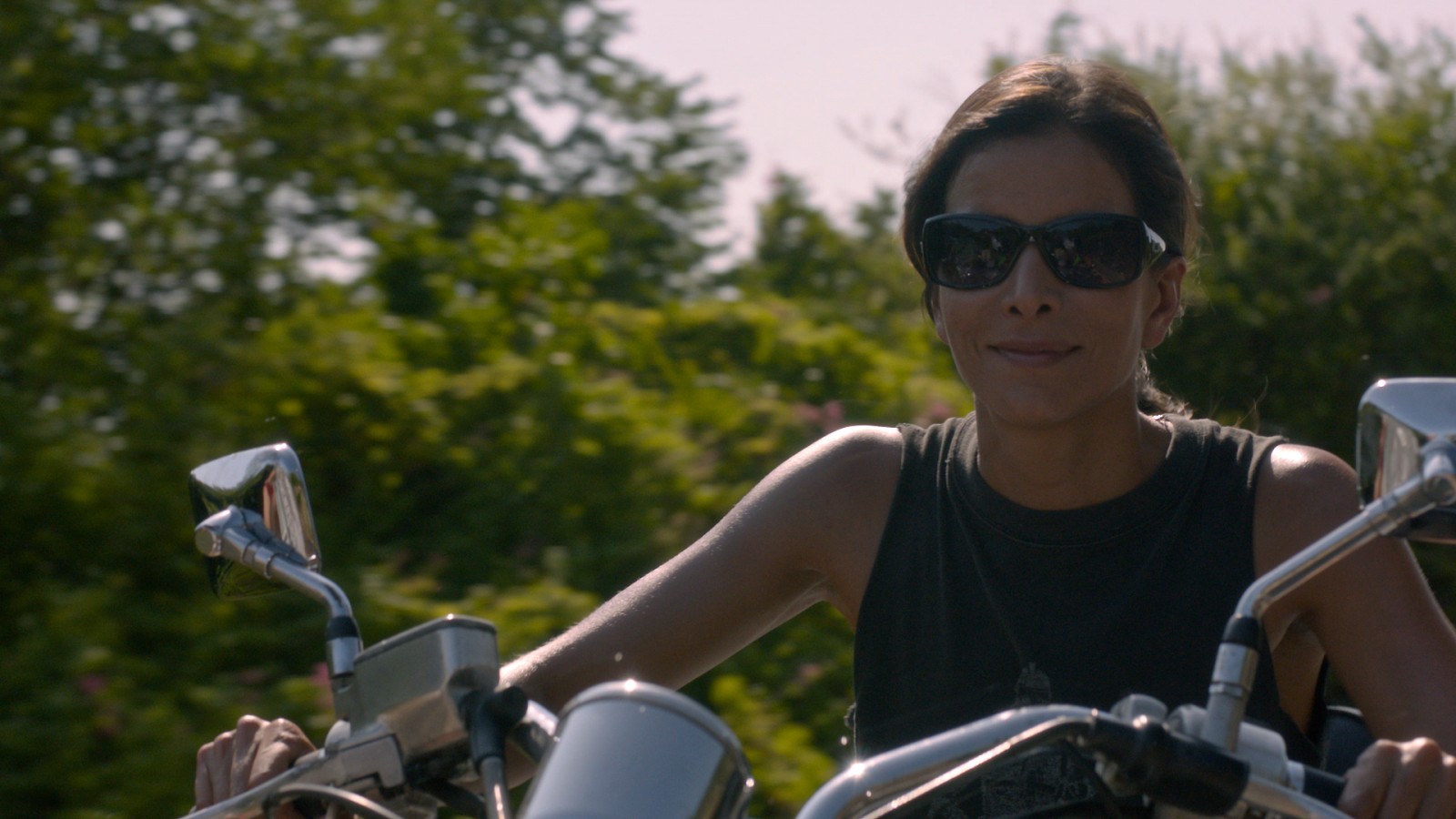 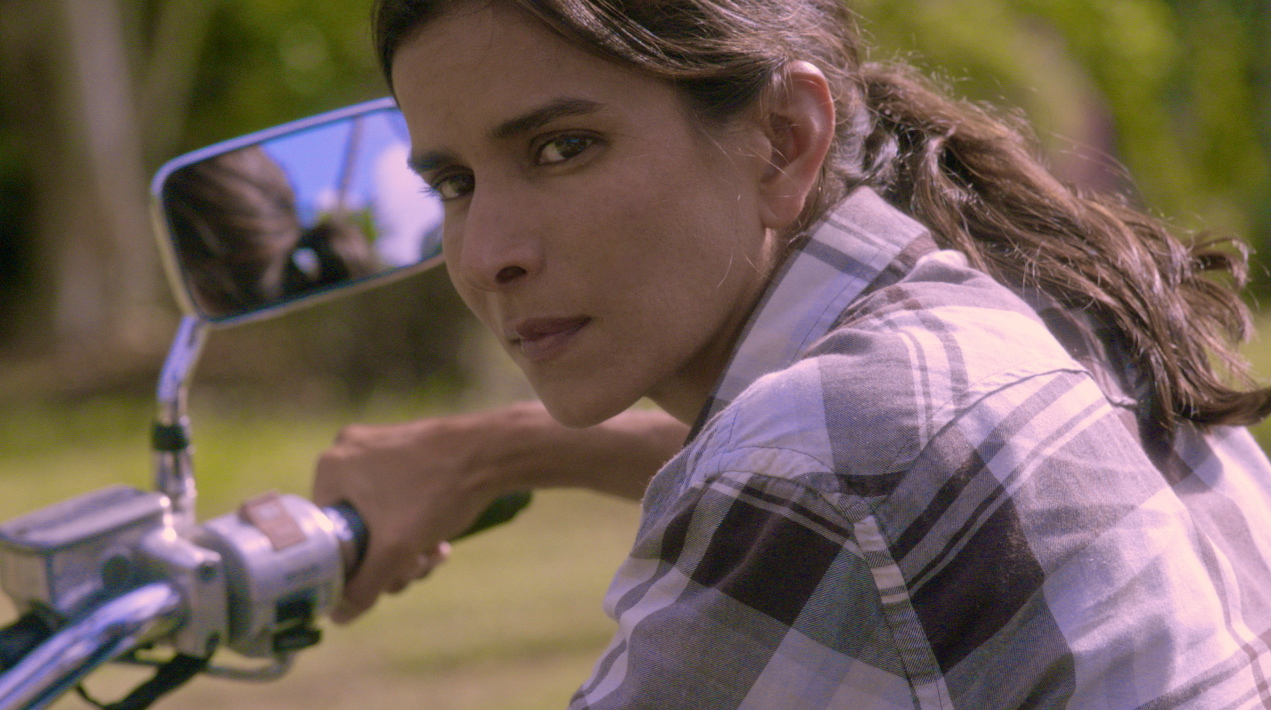 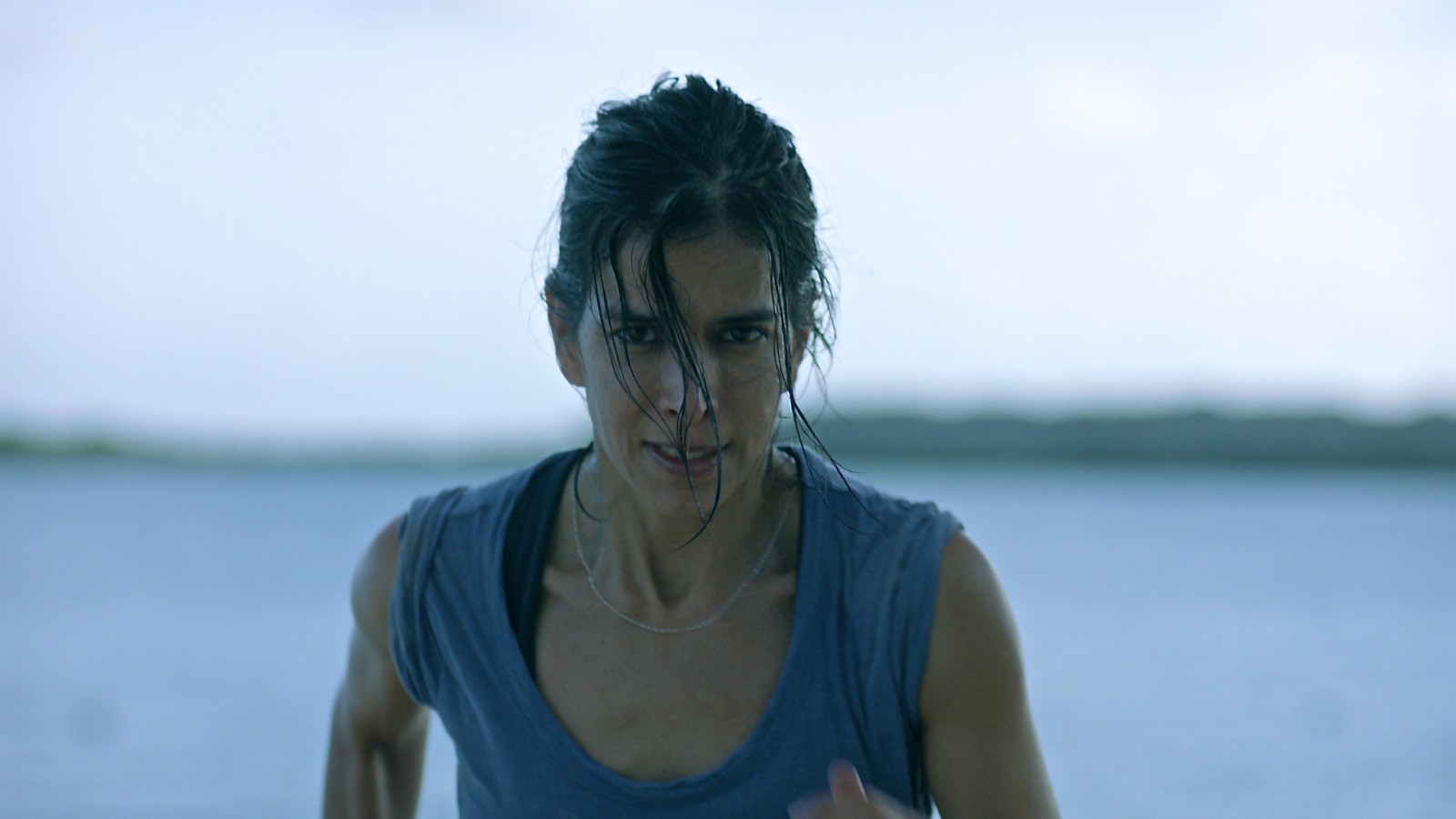 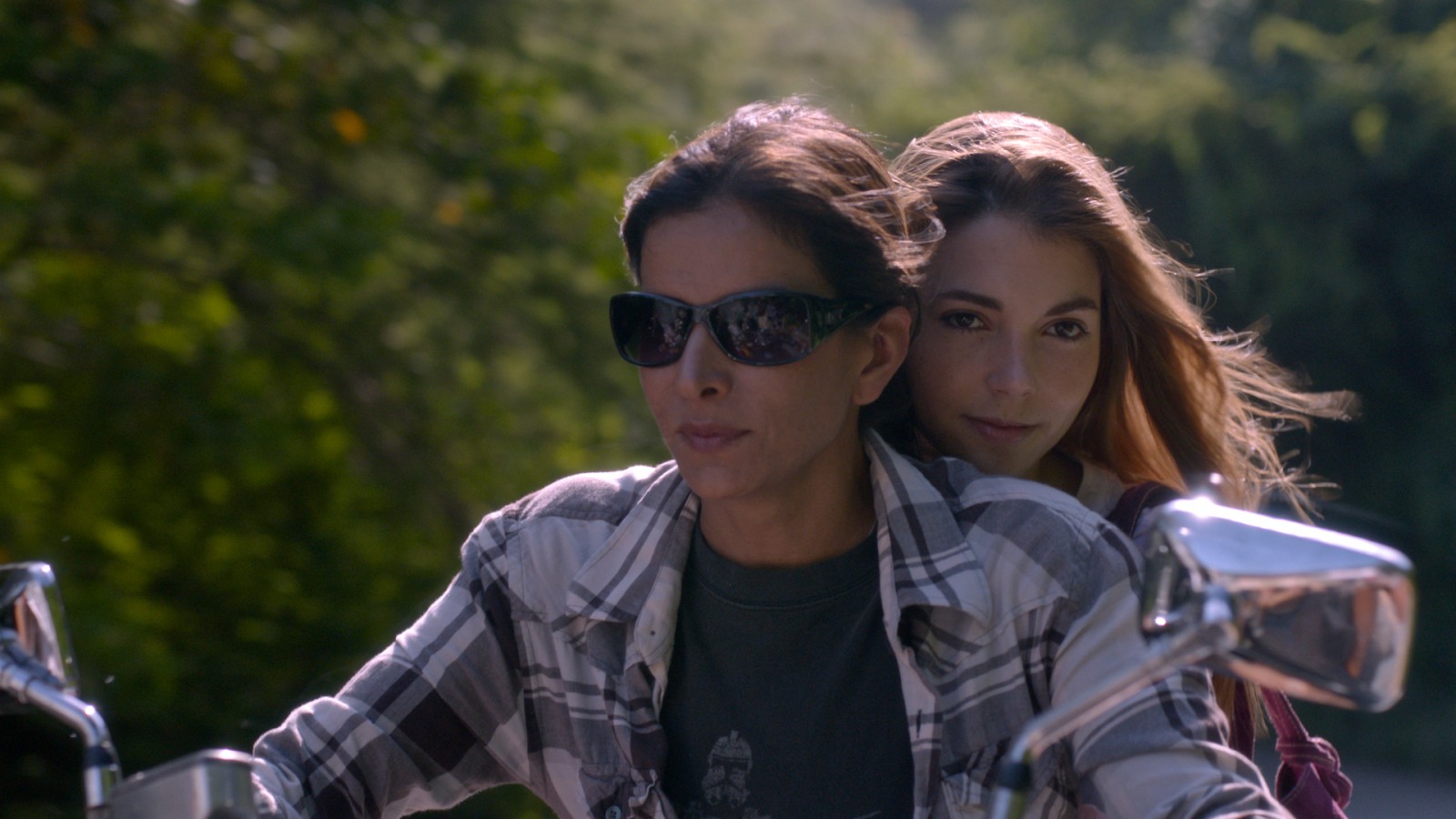 Patricia Velásquez and Danay Garcia in the film Liz in September

Although more and more films with LGBT themes come out every year, they’re still considered a niche market. Do you think mainstream audiences are starting to embrace them more than they have in the past?

I think it has definitely gotten better, but I think there is a lot more to do. What has to happen is our films in the LGBT community have to be done in a way where they are universal. My latest film, Liz in September, is a universal film. It could’ve been a story about two boys or two girls or a boy and a girl. It didn’t really matter. So far, many [LGBT films] haven’t really been done that way. But I can understand why that has happened. It’s not a criticism. When you see a film like [Carol] with Cate Blanchett or The Kids Are All Right, you can see how they can cross over [to the mainstream]. I think the more we start treating those films as wonderful films that talk about our day-to-day life, then they will be welcomed even more.

A Pew Research poll taken last year shows 55 percent of Americans support same-sex marriage today compared to only 35 percent in 2001. Attitudes have changed quite a bit in the last 15 years. How do we continue that forward progress? What do you tell people who are still on the other end of the spectrum who refuse to accept it?

There’s absolutely nothing wrong with being gay. People can disagree with us, but do it respectfully. That’s what I would ask for from them. It’s hard for me to comprehend that beliefs [today] are so strong that there shouldn’t be gay relationships. I cannot understand it. It’s something so matter-of-fact to me, but it’s something I deal with every day, especially in Hispanic countries where religion is so ingrained. I cannot really tell someone how to think or how to feel. I can only show by example. This is what happens when you become a parent. I can show by example that I am a normal, successful human being and that I am happy.

Earlier this week, the Food and Drug Administration  announced a campaign aimed at reducing the use of tobacco by young...