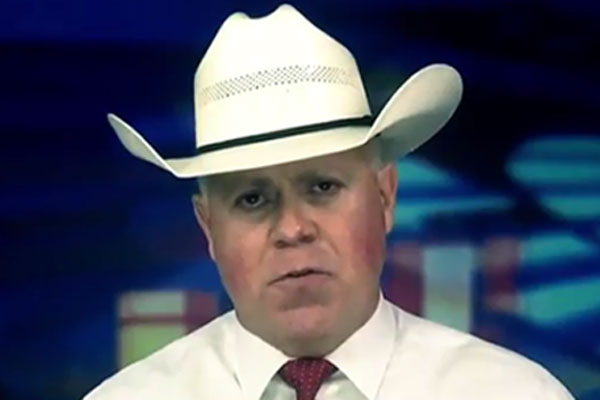 Senator Ted Cruz’s re-election campaign is currently airing an ad that features comments by a Denton County, Texas sheriff who in 2016 said he would assault any transgender woman who might use the same restroom as his daughter.

In the debate on the bathroom bill during the last session of the state legislature, Sheriff Tracy Murphree made headlines when he declared, “This whole bathroom thing is craziness I have never seen. All I can say is this: If my little girl is in a public restroom and a man, regardless of how he may identify, goes into that bathroom, he will then identify as John Doe until he wakes up in whatever hospital he may be taken to. Your identity does not trump my little girl’s safety.”

Murphree eventually apologized for the comments but reneged on a promise to meet with Equality Texas, saying, “I feel I have made my position clear that I am not targeting transgenders but concerned about predators taking advantage of the [bathroom] policies. I really have nothing else to add.”

In the ad in which Murphree appears, Cruz attacks his opponent Beto O’Rourke for saying law enforcement is the “new Jim Crow.”

During a speech at Prairie View A&M in September, O’Rourke said:

While O’Rourke was apparently referring to institutional racism in the criminal justice system, Cruz insists the comments are a “war on police officers.”

The Cruz campaign ad employs a clip from Fox & Friends in which Murphree addresses O’Rourke’s comments saying, “There’s been a war on police officers for the last several years. His rhetoric is divisive. It’s insulting and most of all it’s dangerous.”

In additional Fox & Friends comments not included in the campaign ad, Murphree also said, “First of all, it doesn’t surprise me, you know. Anybody who’s been arrested as many times as Robert O’Rourke’s been arrested may have some ill will towards the police.”

Cruz’s decision to feature Murphree in his ad goes hand-in-hand with the anti-LGBT policies he has often supported. In March, the senator was among nearly two dozen Senate co-sponsors of an anti-LGBT bill, the First Amendment Defense Act, that would make it legal for businesses, nonprofits and individuals to discriminate against same-sex couples, single parents and unmarried couples.

Originally published in the St. Louis Riverfront Times. With the rush of awards season still a few weeks away, the...