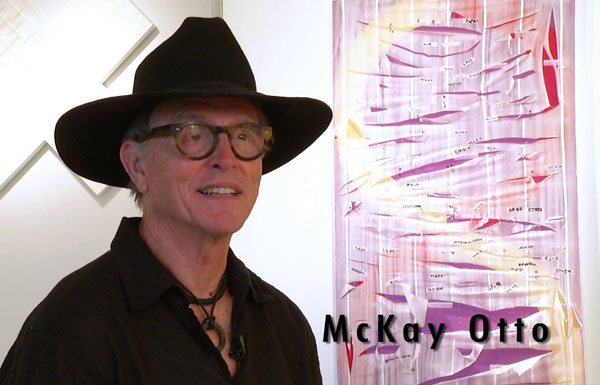 Texas artist McKay Otto will be a guest speaker at the HRC Gala and Silent Auction on November 21 at the JW Marriott San Antonio Hill Country Resort & Spa.

Otto is a native of Wharton, Texas who now lives in Wimberly. His work has been exhibited extensively in gallery and museum exhibitions in Houston, Dallas, and San Antonio, as well as in New York City, Chicago, Denver, New Orleans, and Aspen. He was a 2008 Hunting Art Prize finalist and in 1997 received an Art Grant Award from the Cultural Arts Council of Houston.

McKay Otto was born in Wharton, Texas and raised with an appreciation for the arts. Otto has many fond childhood memories of playing the piano, drawing on white flour sacks in his father’s Market, and visiting art museums with his parents on Sundays . . . While Otto has a BBA from The University of Texas in Austin, he also studied art and art history at the Glassell School located at the Museum of Fine Art in Houston. Otto was mentored by and received an informal art education through renowned contemporary minimalist painter, Agnes Martin. As Otto always regards his paintings as meditations, he intends his work to be experienced rather than read. Dealing with the themes of light, translucence, simplicity and silence, his work combines the quiet concentration of meditation with a focused intensity, which he often describes as “Trans-dimensional.”

“McKay’s personal story of his humble upbringings, worldly wonder, and intolerance for inequality is poignant and universal,” Julian Tovar of HRC San Antonio said in a statement. “As HRC continues the fight for fairness through non-discrimination ordinances across America, and in our very own Texas backyard, McKay Otto’s speaks to every American having the opportunity to work hard, earn a living, and provide for themselves and their families, because not one person should have to live in fear of discrimination.”

A promotional video for McKay Otto’s 2013 exhibition, Ever About Ever, at the Nave Museum in Victoria, Texas.

In the year since Arte y Pasión premiered Angel of Gravity, an experimental project that paired modern dance, flamenco, and...