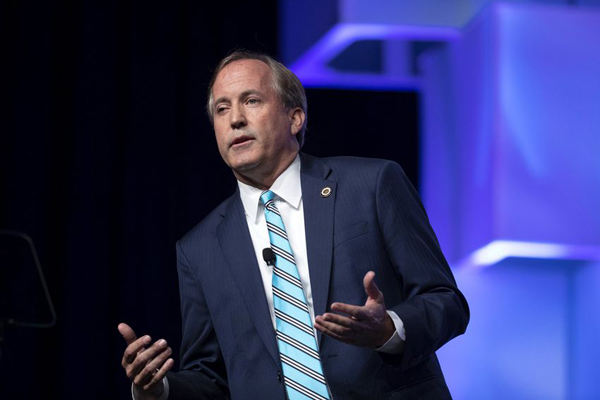 “The Constitution’s protection of religious liberty is somehow even better than Chick-fil-A’s chicken,” Paxton wrote in a Thursday letter to San Antonio Mayor Ron Nirenberg and the rest of the council.

Texas Attorney General Ken Paxton is investigating the city of San Antonio for potential First Amendment violations after the city council voted to prevent Chick-fil-A — a franchise known for opposing same-sex marriage — from opening a location in the city’s airport.

“The Constitution’s protection of religious liberty is somehow even better than Chick-fil-A’s chicken,” Paxton, a Republican, wrote in a Thursday letter to San Antonio Mayor Ron Nirenberg and the rest of the council. “Unfortunately, I have serious concerns that both are under assault at the San Antonio airport.”

In a 6–4 vote, the council voted last week to keep the franchise from opening at the San Antonio International Airport. The decision quickly drew national headlines and condemnations from conservatives across the country.

Chick-Fil-A, a wealthy national franchise with locations throughout Texas, is known for its leaders’ staunch Christian views and close ties to groups that worked to prevent the legalization of same-sex marriage. Its corporate purpose is “to glorify God by being a faithful steward of all that is entrusted to us and to have a positive influence on all who come into contact with Chick-fil-A.” It is, famously, “closed on Sundays.”

Paxton, himself a Christian conservative who has long billed himself as a crusader for religious liberty, has also asked U.S. Department of Transportation Secretary Elaine Chao to open an investigation into the city’s actions. Paxton said in a news release Thursday that federal regulations governing grant money that flows to the San Antonio airport prohibit discrimination.

San Antonio City Councilman Robert Treviño last week introduced a plan that would approve the airport’s efforts to bring eight new vendors to its Terminal A but force it to replace Chick-fil-A, saying he could not support a company with ““a legacy of anti-LGBTQ behavior.” Nirenberg voted with Treviño to oust Chick-fil-A from the agreement. Greg Brockhouse, a councilman challenging Nirenberg for mayor, penned a letter to the company apologizing for the city’s decision.

A spokesman for the mayor didn’t immediately return a phone call seeking comment.

Originally published in the San Antonio Current. Remember when Republican Lt. Gov. Dan Patrick told the world there would be...