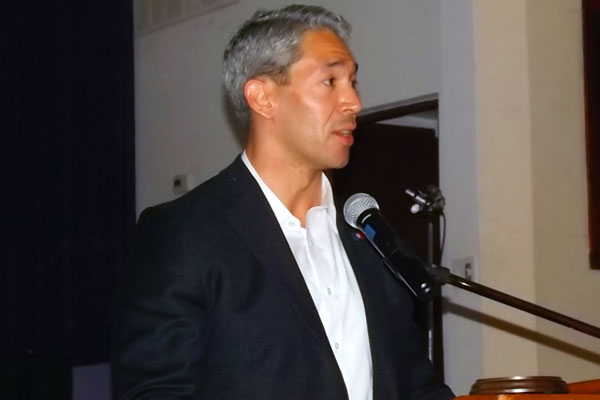 “The Texas Equity PAC has chosen to give it’s only endorsement of the 2017 election to Ron Nirenberg because we truly believe that he is the right choice for all residents of San Antonio.

“Of the candidates on the ballot for Tuesday’s [sic] election, Nirenberg is the most consistent and proven champion of equality and most reflects the diversity and values of San Antonio.

“With LGBTQ rights under attack across the state, it is important that we elect candidates that will take a stand against all forms of discrimination. As a member of city council, Nirenberg fought to include sexual orientation and gender identity in the list of protections in the city’s nondiscrimination ordinance.”

Responding to the endorsement Nirenberg issued his own statement in which he says:

“Texas Equity PAC agrees the city you deserve is one that embraces equality and inclusion and celebrates diversity, treating all people, including our friends and neighbors in the LGBT community with dignity and respect. I’m honored to have their support in the race for Mayor.”

The is the second endorsement Nirenberg has received from an LGBT political organization. On March 26, the Stonewall Democrats of San Antonio also endorsed his run for mayor.

Early voting is underway now and continues through May 2. Election day is Saturday, May 6. Use this link for early voting information.

The Metropolitan Community Church of San Antonio welcomed its new pastor, the Rev. Doctor William H. Knight, who presided at...