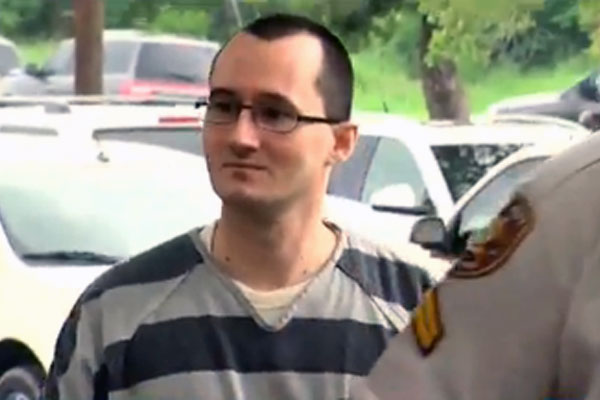 David Malcom Strickland has been found guilty of raping and shooting Mollie Judith Olgin and Kristene Chapa in San Patricio County in 2012. Olgin died from her injuries and Chapa lived but suffered brain damage. (Video captures via KIII-TV)

David Malcom Strickland has been found guilty of sexually assaulting a lesbian couple, shooting them, killing one of them and leaving them both for dead in Violet Andrews Park overlooking Corpus Christi Bay in Portland, Texas. The crimes were committed in 2012.

Strickland’s trial began on September 19 in San Patricio County. The verdict came late in the afternoon on Wednesday, September 28. Strickland has been sentenced to life in prison. According to media reports, Mollie Judith Olgin (who was 19 at the time) and Kristene Chapa (who was 18 at the time) were approached at gunpoint, lead down to a grassy area in the park, assaulted, and then bound and shot execution style. Chapa survived the shooting but suffered a brain injury. Olgin died from her injuries.

Two years after the crimes were committed, law enforcement officials tracked Strickland down to an apartment in Helotes where he was arrested. He was charged with capital murder, aggravated sexual assault and aggravated assault with a weapon.

According to the Corpus Christi Caller, “Strickland, who has maintained his innocence since he was arrested in 2014, loudly declared he is “absolutely not guilty,” of capital murder and other charges at the start of trial.”

If you've ever experienced a flamenco show in San Antonio, chances are you've seen the work of Lisa Perello, who...