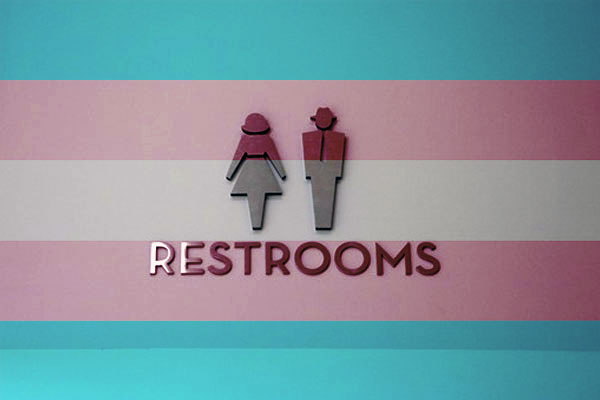 In what is called a “third reading,” the Texas Senate voted on March 15 to approve Senate Bill 6 which bars transgender people from using the bathroom that matches their gender identity and would prohibit local ordinances from protecting trans citizens from discrimination in public accommodations.

The 21-10 vote include support from one Democrat, Sen. Eddie Lucio of Brownsville. Lt. Governor Dan Patrick, who has championed the bill, told the Texas Tribune it was his job to “uphold Texas conservative values, and that’s what we did in the Senate” by passing the bill.

In approving SB6, Republicans dismissed arguments the legislation could harm trans kids. In voicing her disapproval of the bill Sen. Sylvia Garcia, a Democrat from Houston said, “Don’t you see the damage that that does to kids, to be humiliated and embarrassed, soiling themselves because they can’t use the bathroom of the gender that they identify with.”

In defending the legislation, the bill’s author, Sen. Lois Kolkhorst of Brenham, said the state needed a policy to keep males out of women’s facilities. “I think the people of Texas expect boundaries between gender,” she said. Kolkhorst argued that transgender citizens could comply with the law by changing their birth certificates to correspond to their gender identity.

The bill now goes to the House where where it faces an uphill battle with opposition from both Democrats and Republicans who are concerned with the economic consequences SB6 could have. House Speaker Joe Straus of San Antonio has said the bill “isn’t the most urgent concern of mine.”

The Texas Association of Business estimates the bill could cost the state up to $8.5 billion and the loss of more than 185,000 jobs.

In North Carolina, where a similar bill was passed, it has cost the state an estimated $630 million in lost business and the loss of seven NCAA championship games. If the bill and it becomes law, the City of San Antonio could lose the NCAA Final Four basketball tournament which it is scheduled to host in 2018.

State Sen. Jose Menendez of San Antonio said in a statement, “The bathroom bill unfairly targets a vulnerable population and that is against our core values. Moreover, Senate Bill 6 has disastrous economic consequences for San Antonio. . .  There are already laws on the books to protect anyone in the bathroom. The battle to defeat this hurtful legislation will soon head to the House of Representatives and I encourage my colleagues to do everything they can to defeat it.”

Equality Texas has been tracking the progress of the bill and issued a call to arms. “Purported to be legislation about privacy and safety, SB6 is actually intended to discriminate against transgender Texans and inhibit their participation in public life. While supporters of SB6 claim it will keep men out of women’s bathrooms, the opposite is actually true. The passage of SB6 will force men – transgender men – to use women’s facilities. As a coalition we will continue to work diligently together to confront all of the lies and fear-mongering used to confuse Texans,” said executive director Chuck Smith.

The Tobin Center for the Performing Arts will present Melissa Etheridge on June 28. Known for her confessional lyrics and...