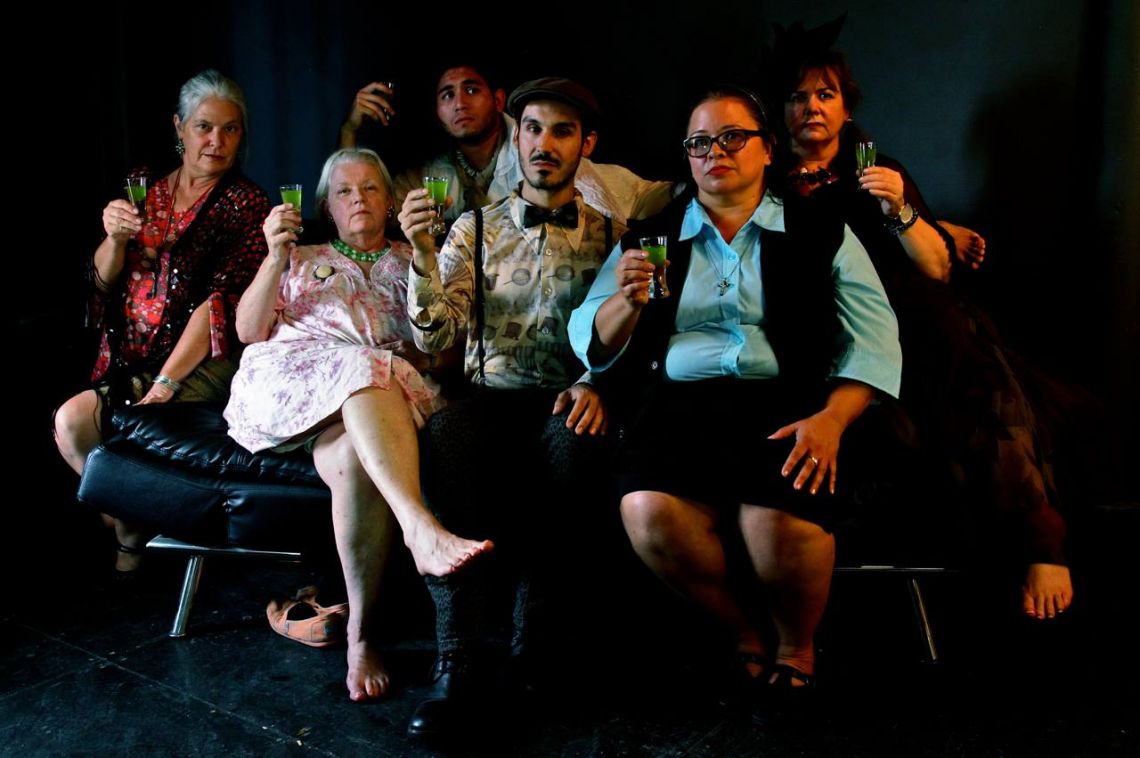 With 30 years of theater-making under their belt, there’s one thing that can certainly be said for Jump-Start Theatre Company: these local trailblazers know how to collaborate, developing innovative new works that serve as “a lasting voice of diverse cultures and communities.”

Last year, the Company moved from its longtime home at the Blue Star Arts Complex to 710 Fredericksburg Rd. “Through this move the Company has the flexibility to redefine itself for contemporary times,” Company member Marisela Barrera said. “It’s great to get to know a new neighborhood and to have that more immediate responsiveness to our work.”

The evening also promises previews of the Company’s upcoming season, including Barrera’s newest piece, dropHOUSE, a tale of a haunted man from a lost border town. For Barrera the incubating environment provided by Jump-Start is essential to innovative new work. “Jump-Start allows artists the freedom to devise theater in a collaborative environment,” she said. “This is the new American theater model where we devise collaboratively with a group and immediately we’re able to put up new pieces within a relatively short time.”

One such piece is Serpientes y Escalaras, the newest work by Erik Bosse and Pamela Dean Kenny that opens Jump-Start’s season in March. After months of workshops, the pair have escaped to New Orleans for the week to finally write the script. Company members will provide audiences with a taste of the upcoming show at the Performance Party.

There will be one notable absence from the Performance Party Saturday night. Company member Robert Rehm passed away on the evening of January 4. Rehm joined Jump-Start in 1990 and was an integral part of the Company’s evolution. “We have all been touched immensely by his life and his inspirational commitment to making theatre,” Barrera said. You can share your memories of Robert Rehm here.

The U.S. Court of Appeals for the 5th Circuit in New Orleans held center stage today while it heard appeals...