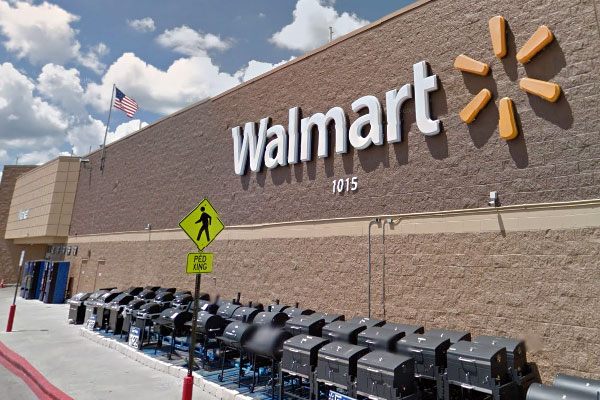 A trans women claims she had problems filling her prescriptions for hormone treatments and buying syringes at the Walmart located at 1015 Highway 80 in San Marcos, Texas.

A transgender woman says she was left wondering if the pharmacist at the Walmart store in San Marcos, Texas is transphobic after she experienced delays getting her prescription for hormones filled and then was told by the pharmacist that she could not buy the syringes needed to administer the treatments.

Rikki Buffalino says she took two prescriptions for hormone therapy for herself and for her spouse, René D. Buffalino who is a trans man, to the Walmart in San Marcos. It was the first time the couple were filling a prescription at the store.

“Been trying for three days to get my hormones, pharmacist would not talk to me, just dirty looks, while the [pharmacy] tech tried to explain all the issues she [the pharmacist] was having with our scripts . . . Totally feel discriminated against by this pharmacist.” Buffalino wrote in a Facebook post on June 24.

Buffalino told Out In SA that once the prescriptions were filled, the pharmacist would not sell them the syringes without a prescription even though they had a note from the medical facility where they got the hormone prescriptions.

The Walmart pharmacist’s insistence that she would not sell Buffalino syringes is puzzling given that it is not illegal to sell them in Texas.

Out In SA spoke to one transgender activist who said she never had a problem purchasing syringes for her treatments, explaining she often walks into CVS and purchases them outright without a prescription.

A local nurse practitioner who treats transgender patients says he’s confused as to why the pharmacist would not sell Buffalino the syringes, saying that he was recently at a Walmart on San Antonio’s North Side where he witnessed a man with no prescription walk up to the pharmacy and purchase syringes without a problem.

Feeling frustrated, Buffalino called the Walmart corporate customer service department where she was conferenced in on a three-way call with the pharmacist in San Marcos. “She still refused to sell me the necessary supplies to administer my meds,” Buffalino says.

“She told me she could sell syringes for everything else but hormones and that it was Walmart policy . . . ,” Buffalino wrote in a Facebook post. “Then she said it was because she thought I was buying them [the hormones] for the doctor to inject me. She changed her story several times while on the line with the corporate customer service [representative].”

Buffalino finally had to purchase the syringes at CVS Pharmacy.

Out In SA reached out to Walmart via their corporate media relations department to ask for a clarification of their policy regarding the sale of syringes. The magazine received this statement from Leslee Wright, senior manager for Corporate Communications:

“We hold our associates to the highest standard, and more importantly our associates follow state and federal law. The syringes referenced in this situation require a prescription from a physician and we did not have one for this customer. Our store management team is currently making an effort to contact this customer to clarify and ensure a good shopping experience for her in the future.”

In a followup phone call, Wright told Out In SA she had spoken at length with the pharmacist in San Marcos.

As to why the pharmacist would not sell Buffalino the syringes, Wright says the gauge size of the syringes specified by the prescriber require a prescription under Federal law. She said she had a photo of the syringe box which carried that warning.

Rey Lopez Throws a Bash Fit for a Queen

When RuPaul’s Drag Race (RPDR) premiered on the Logo network in 2009, no one could have predicted the type of...