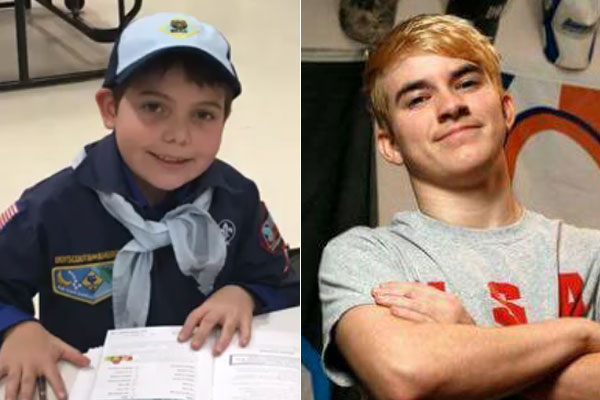 Pride San Antonio has named two transgender boys as Grand Marshals of the Pride Bigger Than Texas Parade slated for July 1 along the Main Avenue Strip.

Officials from Pride SA announced that 8-year-old Joe Maldonado of Secaucus, New Jersey, and 18-year old Mack Beggs of Euless, Texas were selected for their trailblazing efforts which have helped advance the acceptance of trans youth.

Both Maldonado and Beggs have faced obstacles in achieving their goals and have done so with pride and determination.

Maldonado joined the Cub Scouts last year but a month after he enrolled, a Scouting official called his mother to tell her he could not participate in the program because he was born a girl. Apparently, some parents of the other scouts had complained.

Local newspapers picked up Maldonado’s story after one of his scout leaders brought it to their attention and it began a national debate. One week after the news of Maldonado’s expulsion was made public, the Boy Scouts of America changed its national policy to allow transgender children to be scouts.

Boy Scout officials said in a statement that the organization, “is pleased to welcome Joe and the Maldonado family back into the Scouting community. Moving forward, the BSA will continue to work to bring the benefits of our programs to as many children, families and communities as possible.”

“This is fun; I’m so proud. I am accepted, and I’m actually in the Boy Scouts,” Maldonado told The Bergan Record when he learned of the rule change.

Beggs is a trans boy on the wrestling team at Trinity High School in Euless. He racked up an undefeated season this year and won the University Interscholastic League regional title in his bouts against girls, prompting his opponents to say he had an unfair advantage because he is taking testosterone. Beggs recently was sued by a competitor but a Travis County judge dismissed the suit.

In bouts slated for this spring and summer, USA Wrestling, the national governing body for the sport of wrestling in the U.S., will allow Beggs to wrestle against boys which has been his desire all along. However, unless the UIL changes its rules, Beggs will have to return to wrestling girls when he returns to school in the fall as a senior.

The UIL is set to meet this month and may discuss a rule change but UIL executive director Jamey Harrison told the Dallas Morning News he didn’t expect the rule to change.

In championing Beggs’ cause, Equality Texas says the state should “should look to other states like Utah, Florida, and Colorado, and the many sport governing bodies that make accommodations for transgender teens going through medical transition to bring its policy into alignment with science.”

Beggs is undeterred, “It is what I am,” he told CNN in February. “I feel good about it. I feel happier. I feel content with myself.”

Cirque de la Symphonie will return to San Antonio this week for three gravity-defying performances at the Tobin Center for...