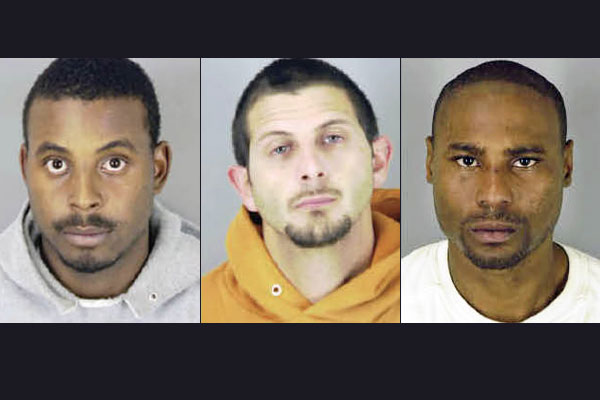 A trail has begun for one of three men accused in the 2014 murder of a gay Dallas man, who the trio met online and allegedly lured to Beaumont for sex but instead ended up violently murdering him.

According to Jefferson County prosecutors, the defendant, Arthur Harmon, and his boyfriend Yiannis Mihail, along with their friend Cody Lewis, used the gay hook-up app, Jack’d, to invite Kevin Alton Moyer to their home with the intention of robbing him. KMBT-TV reports that in a 2014 taped interview, Harmon said the three planned to rob Moyer because they needed rent money. Instead, prosecutors say the men beat and strangled Moyer to death then put his body in the back seat of a car which they abandoned on the outskirts of town.

Police report that even though the three had tried to clean up the crime scene, blood stains were found in the bedroom. A mop, a pellet gun and a bloodied knife were later found in another location.

Harmon is the first of the three to be tried for the crime. Lewis pleaded guilty on July 25 and is awaiting sentencing. No date was given as to when Mihail would be tried.

Towleroad reports the Jefferson County Sheriff’s Office said Moyer’s murder was not considered a hate crime since, “the guys who murdered him were also homosexuals . . .”

LGBT couples and singles interested in becoming foster parents will have an opportunity to learn more about the process during...