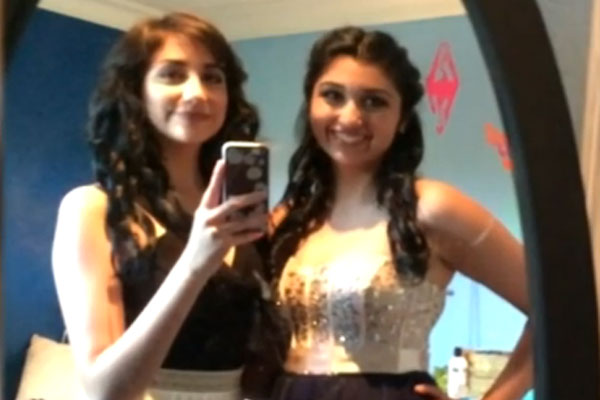 Jewel Uzquiano (left) and her friend were denied entrance to the Incarnate Word High School prom. (Video capture via WOAI)

Two girls were denied entrance to the Incarnate Word High School prom on April 16 after being told the school did not not allow same gender dates for the event.

Jewel Uzquiano, a senior at Incarnate Word, told WOAI-TV that she and her friend were not attending the prom as a couple. However, when they got the to entrance they faced the embarrassment of being turned away.

“[The person at the entrance] was like ‘You can’t take the same gender to prom or same sex date to prom, because it would send the wrong message at a Catholic school prom. That would be inappropriate and it would go against our values,'” Uzquiano told WOAI.

Uzquiano admits she never anticipated the possibility that she and her friend would not be allowed entrance to the event. “I got very upset and very emotional. I started crying, actually,” she said.

According to WOAI, the school responded with a statement saying they had never experienced a similar situation and were unprepared to react.

“I wish that they could’ve just let me into prom and not have been discriminatory towards me and my friend,” Uzquiano told WOAI.

Susan Pamerleau has the distinction of being the first woman to ever be elected Sheriff of Bexar County. After four...