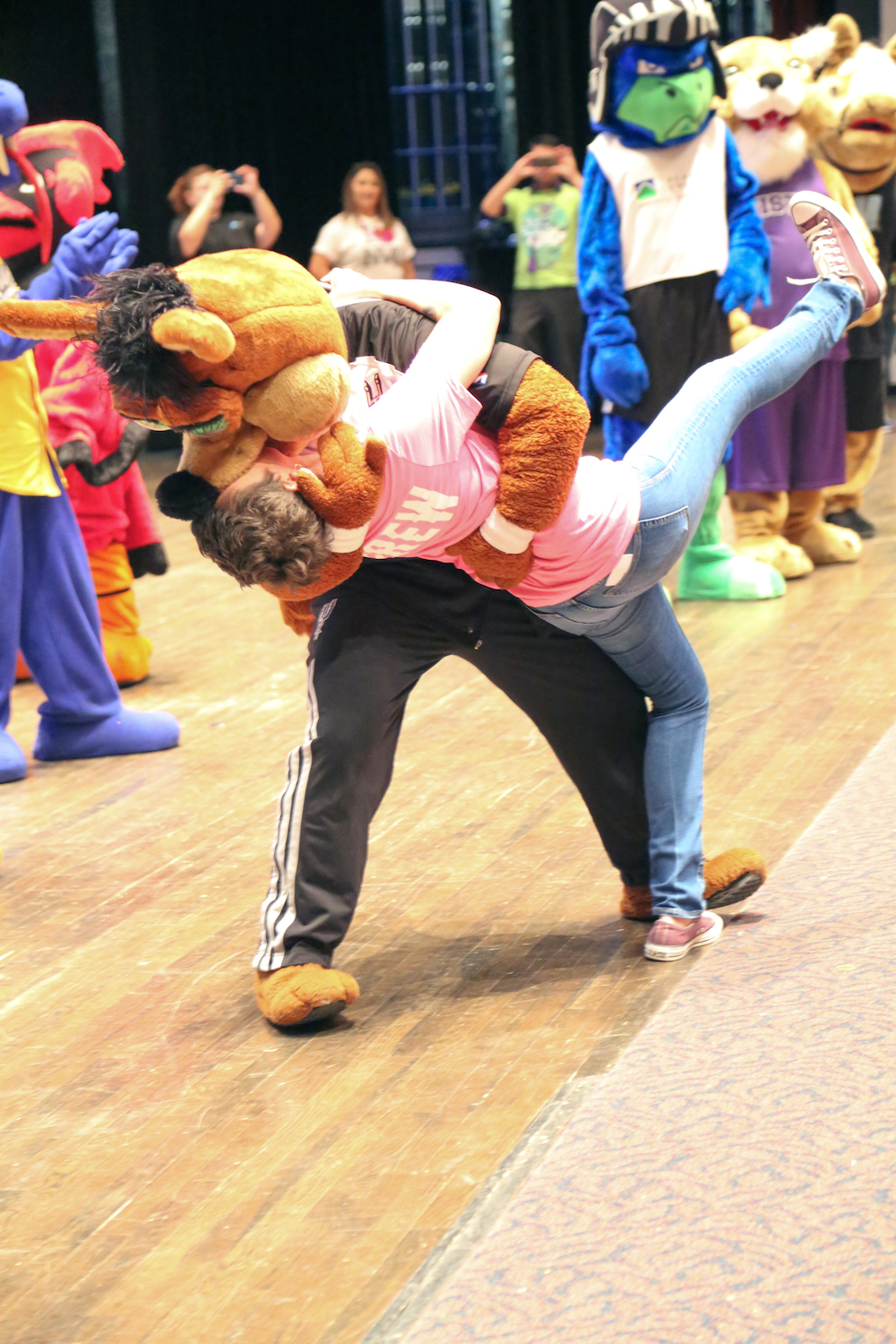 The SA2020 CEO on kicking dominos and coming out

It was only 11 years ago that Molly Cox took an exacting look at herself in the mirror and once again sensed a feeling that something was “off.” Holding her gaze, she picked up her toothbrush and began brushing her teeth. Cox, a counter, was finishing her “normal counts” when she stopped, pulled the foamy toothbrush from her mouth and slowly began to laugh. “I’m totally gay,” she murmurred. “That’s it.” The utterance of these words brought her a sense of peace that she he hadn’t felt in a long time. She rinsed her toothbrush and tapped it against the sink. That was done. It was now time to find out who she was as a human being.

Cox, now 36, is sitting across from me at Rosella Coffee Shop. As she explains the twists and turns of the journey that brought her to her starring role as interim president and CEO of SA2020, I scribble a note to myself. This is indeed, however reluctant, one of former City Councilman Diego Bernal’s post-NDO LGBT leaders in the flesh. To paraphrase Winston Churchill’s words, kind of what the hell we were all fighting for.

Cox was also a late bloomer in the Digital Age. Once she got on board in 2008, she felt “super-comfortable. I think the digital age is beautifully placed for people who have a little bit of the ADD,” she says. “Social media and the digital age itself has really allowed us to thrive in that I can have 15 screens open on my computer. So [I can be] working on a grant right now and then I’m shifting over to the budget, then checking the latest Facebook feed and then I’m coming over here and looking at Twitter’s hashtags.” Cox weaves images with her hands when she speaks, which she does quickly. “[Tech culture] allows your brain to operate normally as opposed to when you [were] in school and there was no digital anything. You just sat and listened. It was impossible for me. My brain is constantly firing.”

Having been out for almost a decade, she says she’s constantly amazed by “how many people have no idea that they talk to gay people on a daily basis. In the year 2015, I’ve found that the vast majority of people still don’t see gay as normal. They see individuals and it doesn’t become normal until an individual seems normal to them … So, if I’m out–meaning in the community–as much as I am, and I’m out a lot, if I can at any point skew the perception of ‘normal’ and [inspire people to] be like, ‘Oh, I know her and she happens to be gay and that doesn’t seem weird at all,’ then why not? Being gay is part of who I am as a person.”

“I have made friends with some of the most conservative human beings on the face of this planet who now think gay isn’t weird,” she adds.

Her guns-blazing approach to being out could be attributed to being raised in largely conservative Corpus Christi, Texas. “Corpus is a very sleepy town. You get married and you have kids and you have a family. The end.” She moved to San Antonio in 2006. By 2011, she not only began calling SA home but started defending it as well.

Cox was so incensed sports celeb Charles Barkley’s infamous comment about San Antonio women, that she responded with a YouTube video. “I felt like, ‘Dude don’t shame this city [and] don’t feel you, as a guy, can fat-shame women and get away with it.”

An early, “mild obsession” with the musical Cats may have been among the catalysts for her future path. “I graduated from high school and I said I’m going to go to the local community college until I figure out how to become famous, and I never did. I stayed in Corpus and did radio and television. I got my degree in theater and thought, I’ll never have a real job ’cause what do you do with a degree in theater?”

Her Barry Manilow/Celine Dion lovin’ stint in adult contemporary radio later led her to an on-air gig on a conservative talk format. And here comes the bump in the road.

“I’d never been yelled at more than I had in that three months time,” she says incredulously. She received handwritten apologies from co-panelists who’d screamed at her on-air. “I thought I truly can’t do this.” These were the days of post-9/11 fears and, more heatedly, the Defense of Marriage Act, and Cox, the token liberal, wasn’t out at the time.

“I was just like super sad for our political climate,” she says. This low point inspired Cox to return to school and get a graduate degree in political science. “I just wanted to learn more theory and [learn] what politics was and where it came from.”

Over the next two years, she found that her bachelor’s degree was useful after all. “Theater and politics are very similar,” Cox muses. Her eyes are intent as she enthusiastically, yet carefully, explains how people and history often repeat themselves. “We pick ‘others’ a lot. Throughout our history, what we do is otherize people. It could be the Jews at one point. After 9/11, it was anybody that wore a turban.”

Higher education also renewed her interest in civic engagement, and the nonprofit sector seemed to be gently whispering her name. “I loved that nonprofit organizations were originally sort of developed as the answer to ‘missings,’” she says, trying not to sound “too ridiculously academic.” “If you’ve got government sort of doing what they’re supposed to do and corporations who were like pumping out hamburgers, there were spaces in the middle where there were like gaps. Nonprofits were born from the gaps.”

Cox was tapped as a consultant for SA2020 in 2011 and came on full-time in March 2013 as chief of engagement. She took on her present position in February of this year.

“SA2020 is very important to me,” she says. “I love this organization. I like to do stuff. I don’t like just talking about stuff.”

Although the original strategic plan for SA2020 only takes the city to that year, she hopes its legacy will live on.

“I think in pockets of communities you’re seeing people who realize we can ignite a movement. Even if it’s 10 people it’s more than if I’m by myself marching along hoping that somebody joins in.” She cites the Uber/Lyft controversy and the NDO movement as local examples where grassroots leadership took to social media to voice concerns and sometimes outrage. “People were like, ‘Somebody needs to say something out loud,’ and then it became like a sort of domino effect. I think that’s the only way community change happens is when dominos get knocked down. But somebody has to kick the domino.”

Cox, who’s been with her current partner for almost a year, says she’s happier now than she’s ever been. “I feel super-comfortable with who I am,” she says. “And that’s new.”

... leave it to Taddy to ask the real question everyone avoids ... Gene: So, Taddy, welcome. You look fabulous!...