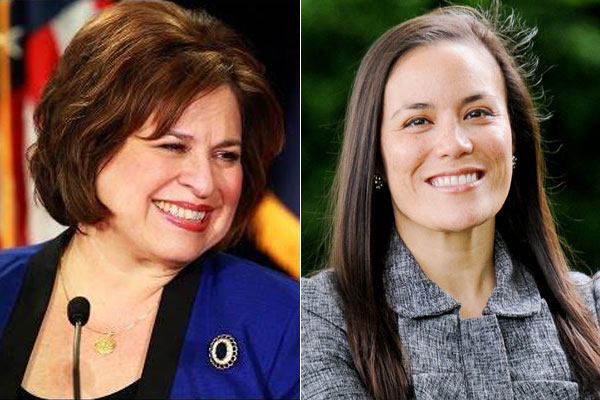 “Anyone that knows me knows that I don’t mince words – Gina is exactly the type of leader we need to win back TX-23,” Van de Putte said in her announcement. “The daughter of a single-mother, a graduate of John Jay High School, and a veteran who has real experience protecting American interests all over the world, she’s the kind of leader we need fighting for us in Washington. This administration has shown us what happens when we’re not represented at the table – join me in electing one of our own to Congress,”

Van de Putte represented District 26 in the Texas Senate from 1999 to 2015 and Texas House District 115 from 1991 to 1999. In 2015, she ran for mayor of San Antonio in a race she lost to then-Mayor Ivy Taylor. After that election, she and former Texas Secretary of State Hope Andrade started a consulting firm which they say “concentrates on connecting business clients with government officials.”

“I am grateful for Senator Van de Putte’s support,” Jones said. “A tireless leader for Texas veterans and Texas families, leaders like her have been trailblazers for our community. Never afraid to buck the establishment in the interest of her community, Senator Van de Putte’s example continues to be an inspiration, and I’m honored to have her support.”

Congressional District 23 encompasses a stretch of Texas from San Antonio to El Paso. Jones was the first Democrat to announce her candidacy in the race against Republican incumbent Will Hurd who has held the seat for two terms.

There are three other Democrats running in the primary: federal prosecutor Jay Hulings from San Antonio; Judith Canales, a USDA administrator from Eagle Pass; and Rick Treviño, a teacher from San Antonio who ran for City Council earlier this year.

Jones, who is running as an openly-LGBT candidate, has also been endorsed by Equality PAC, a political action committee formed by leaders of the Congressional LGBT Equality Caucus; the Asian American Action Fund; the Women Under Forty PAC; and Gold Star father Khizr Khan.

Gene: So Andy, so nice to have you visit the Chartreuse Couch. You have been in San Antonio since the...