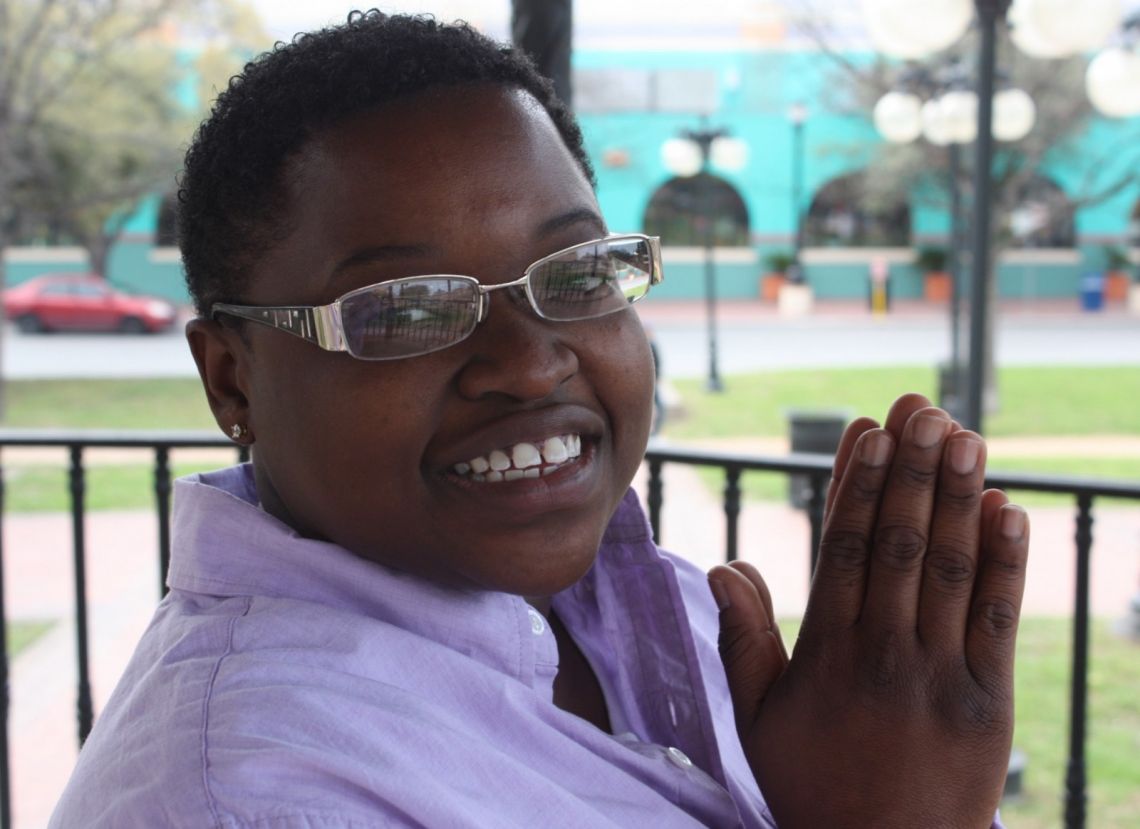 A one-woman show commemorates Veteran’s Day by encouraging a discussion about Post-traumatic Stress Disorder. PTSD and Me: A Journey Told Though Poetry will be presented at The Overtime Theater on Sunday, November 8, at 6 p.m.

Author, activist, poet, and performer Erika Land is a 21st-century war poet known for her creative writing and her involvement in the lesbian community.

Her books of poetry include Residual Affects with fellow veteran KaTisha Smittick, which juxtaposes their similar experiences by meshing poetry and photography. Her fiction It’s Complicated highlights the struggles of interpersonal relationships. Georgia’s DAM is the physical embodiment of Land’s struggles with PTSD. It takes the reader to the very spots where she created most of her poetry.

Land said the goal of PTSD and Me is to shed light on veterans’ issues by offering an honest and unfiltered view of the challenges that affect not only soldiers but approximately eight million adults in the U.S.

“When I turn on the radio and hear a war song,” she writes in her poem, “War Song,” “I am filled with tears, not tears of joy, but of pain, excruciating pain that punches me in the chest.”

She channels her experiences of being deployed to Iraq with the Army into dynamic poetry that takes the reader on an emotional and sensual journey.

“I’ve seen so many people die,” Land told Out In SA. “I had to stand in a room in Iraq and watch people die.”

Her Army training prepared her to be a pharmacy technician. Ten years ago, the government assigned her to a military hospital in Mosul, Iraq.

“I had to shut off my emotions,” she said. “The only emotion was anger.”

Substance abuse is one way some veterans cope with what they experienced. Suicide is another. But there are healthier alternatives. Writing is one. Art therapy is another. Sharing stories is beneficial as well.

Coming to San Antonio for one night only, PTSD and Me will be followed by a Q&A with Land. Due to the probability of a sold-out show, an encore is tentatively scheduled for 8:30 p.m. (call  the number below to confirm). Tickets will be available at the door.

For additional information about Land and her work, visit erikarland.com.

PTSD and Me: A Journey Told Though Poetry