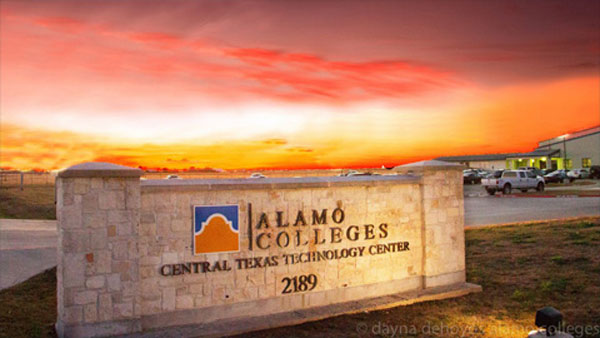 The board of trustees of The Alamo Colleges voted unanimously on February 23 to include gender identity and expression in the district's nondiscrimination policy. (Photo: Dana Dehoyos, Alamo Colleges)

The board of trustees of the Alamo Colleges unanimously voted to amend its nondiscrimination policy to include gender identity and expression at their regular meeting on February 23.

The vote brings to a close a controversy that started in June 2010 when the trustees voted to add sexual orientation, but not gender identity and expression to the policy.

At that time, the LGBT community and student activists, led by the Gay and Lesbian Association of San Antonio College, were left angry and disappointed by the omission.

“Trustee Clint Kingsbery restarted the discussion [of amending the policy] at the board level,” Richard Farias, interim dean of Student Success at San Antonio College, told Out In SA. “At a December meeting of the Chancellor’s cabinet of Presidents and Vice Chancellors, the change was discussed, and Dr. Robert Vela, president at San Antonio College, said that we at SAC would take the lead to revise the existing statement.”

“When Dr. Vela came to us, I took on the task along with our vice president of Student Success, Dr. Lisa Alcorta, and vice president of Academic Success, Dr. Jothany Blackwood,” says Farias. “I was incredibly happy that we at SAC were leading the charge, and that I had the opportunity to be the one who could draft the policy revision, especially given the previous efforts the GALA students and I had made in 2010. Special thanks to Trustee Kingsbery for bringing this issue to the table.”

“This was a long overdue revision to our policy to include full transgender, gender identity, and gender expression protections, and SAC in particular is looking at additional more enhanced procedures and trainings for faculty, staff, and students. We realize that a policy change is just the beginning – the next steps are for us to include the apparatuses we need for our campuses to support those policies fully,” Farias added.

The Little Charity Birthday Party That Could

Activist Ana Alicia Perez is telling her friends (and the community) to ditch the presents and instead bring a donation...