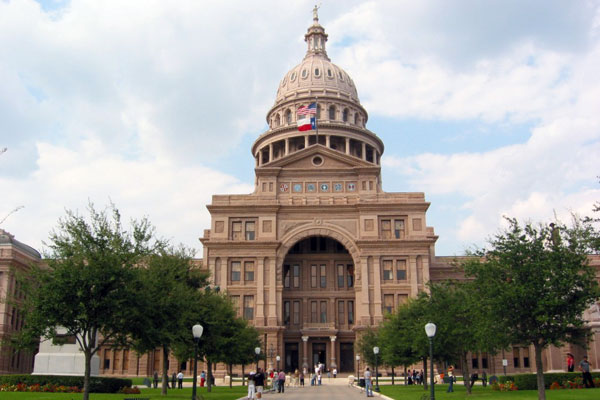 On July 10, Texas Governor Greg Abbott issued a proclamation calling members of the State Legislature to a Special Legislative Session which is set to begin on July 18. Within hours of the governor’s announcement, two lawmakers filed three bills which would affect transgender Texans’ bathroom use and threaten the protections LGBT citizens have under local nondiscrimination ordinances.

One proposed measure which is on the governor’s “must pass list” is a bathroom bill which would restrict transgender citizens to using the bathroom that matches the gender on their birth certificate. In his announcement, the governor referred to the bill as “legislation regarding the use of multi-occupancy showers, locker rooms, restrooms, and changing rooms.”

The first, House Bill 46, would prohibit all political subdivisions, including municipalities, school districts, and state colleges and universities, from adopting or enforcing any ordinances or policies that protect transgender people in bathrooms or changing facilities.

The second is House Bill 50, which is similar to HB46 but relates only to school districts by prohibiting them from adopting or enforcing policies that protect transgender students in bathrooms or changing facilities.

“I’m pleased to file this legislation today for the special session as requested by Governor Abbott,” Rep. Simmons said in a press release. “A strong majority of my colleagues joined me as coauthors in a similar version of this bill that was filed during the regular session, and I anticipate strong support during the special session as well. This legislation is about protecting our women and children through a consistent statewide policy, the same as existed in Texas before a patchwork of individual ordinances were created.”

A third bill, Senate Bill 23, which was filed by state Senator Bob Hall (R-Edgewood), casts a wider net in that it affects LGBT Texans who are protected under local nondiscrimination ordinances.

SB23 would would prohibit counties, municipalities, and other political subdivisions from adopting or enforcing laws or ordinances that prohibit discrimination on a basis not protected in state law, and would void all current nondiscrimination ordinances such as those adopted by the cities of Fort Worth, Dallas, Austin, San Antonio and Plano.

Newly elected San Antonio Mayor Ron Nirenberg has spoken out against the discriminatory legislation being proposed in the special session.

In an interview with the San Antonio Current Nirenberg said, “We’re in an oasis in Bexar County . . . we have rational, accepting officials and community members. That’s not the case up in Austin . . . We must unite the community to prevent bad laws from being signed at the capitol during the special session. Whether that’s individually testifying against a bill, local business outreach . . . whatever we have to do. Discriminatory legislation is bad legislation.”

According to an Equality Texas blog posting, the three bills are only the first wave with more discriminatory legislation expected to be filed in the coming days.

Join Equality Texas at the One Texas Resistance rally and day of action in Austin on July 18, the first day of the Special Legislative Session. If you are not able to be in Austin on that day, take a moment and call or email your legislator and ask them to oppose any discriminatory legislation.

Gene: Nancy, so nice to have you here on the Chartreuse. There is certainly a lot of military history we...