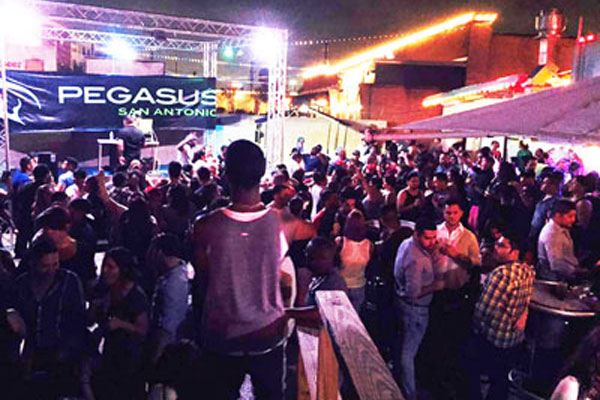 Sunday Funday festivities were marred by violence after a shooting in the early hours of October 8 outside of the Pegasus nightclub on North Main Avenue resulted in three people being hospitalized.

At a press conference on Monday morning, Police Chief William McManus said gunshots, which rang out about 1 a.m., were the result of an angry patron who was thrown out of the club and returned with a gun.

Chief McManus said the incident was not considered to be a hate crime. He said detectives were still canvassing the scene and continue to search for the shooter who is said to have been driving a red Nissan.

In a post on Instagram, Mike Rodriguez, the manager of Pegasus, told KABB-TV the shooter got into a car, drove around the block then fired three shots into the crowd as his car came back around in front of the club.

The victims, two men and a woman between the ages of 3o and 40, were taken to Brooke Army Medical Center where their injuries have been determined to be non-life threatening.

This article has been updated to reflect information provided by Police Chief McManus’ press conference.

Senator Ted Cruz's re-election campaign is currently airing an ad that features comments by a Denton County, Texas sheriff who...